Virtual Event! Sigrid Nunez, in conversation with Alexander Chee - What Are You Going Through 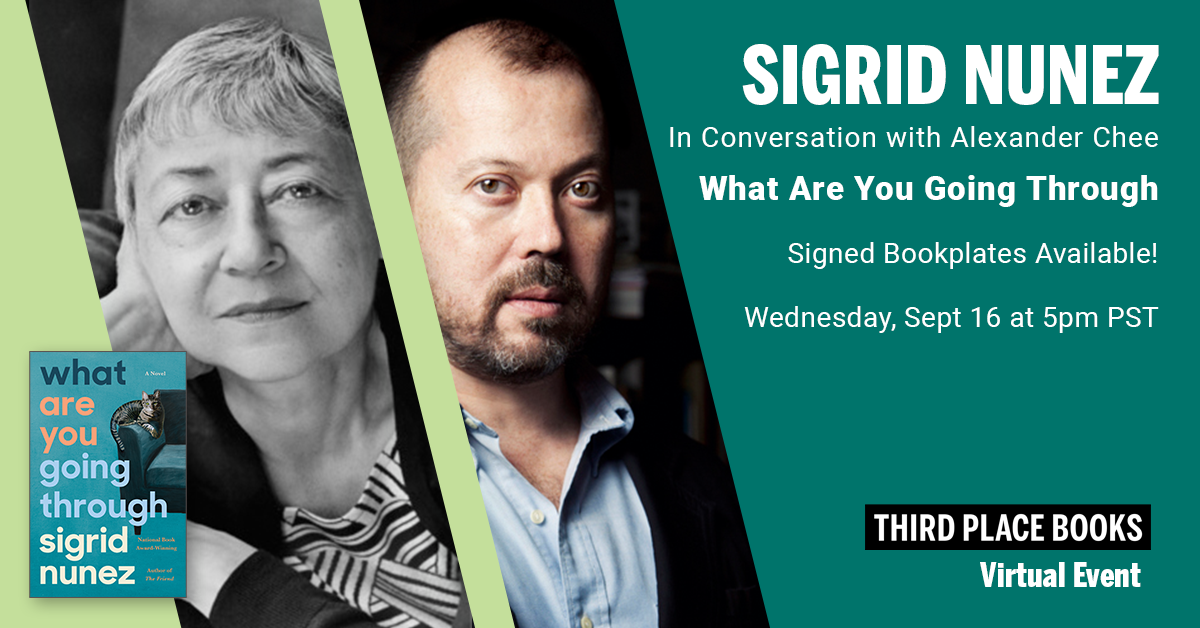 The New York Times-bestselling, National Book Award-winning author of The Friend brings her singular voice to a story about the meaning of life and death, and the value of companionship.

A woman describes a series of encounters she has with various people in the ordinary course of her life: an ex she runs into by chance at a public forum, an Airbnb owner unsure how to interact with her guests, a stranger who seeks help comforting his elderly mother, a friend of her youth now hospitalized with terminal cancer. In each of these people the woman finds a common need: the urge to talk about themselves and to have an audience to their experiences. The narrator orchestrates this chorus of voices for the most part as a passive listener, until one of them makes an extraordinary request, drawing her into an intense and transformative experience of her own.

In What Are You Going Through,  Nunez brings wisdom, humor, and insight to a novel about human connection and the changing nature of relationships in our times. A surprising story about empathy and the unusual ways one person can help another through hardship, her book offers a moving and provocative portrait of the way we live now.

Sigrid Nunez is the author of the novels Salvation City, The Last of Her Kind, A Feather on the Breath of God, For Rouenna, and the National Book Award-winning The Friend, among others. She is also the author of Sempre Susan: A Memoir of Susan Sontag. She has been the recipient of several awards, including a Whiting Award, the Rome Prize in Literature, and a Berlin Prize Fellowship. Nunez lives in New York City.

Alexander Chee is a novelist and essayist and an associate professor of English and Creative Writing at Dartmouth College. He is a contributing editor at The New Republic, an editor at large at The Virginia Quarterly Review, and a critic at large at The Los Angeles Times.