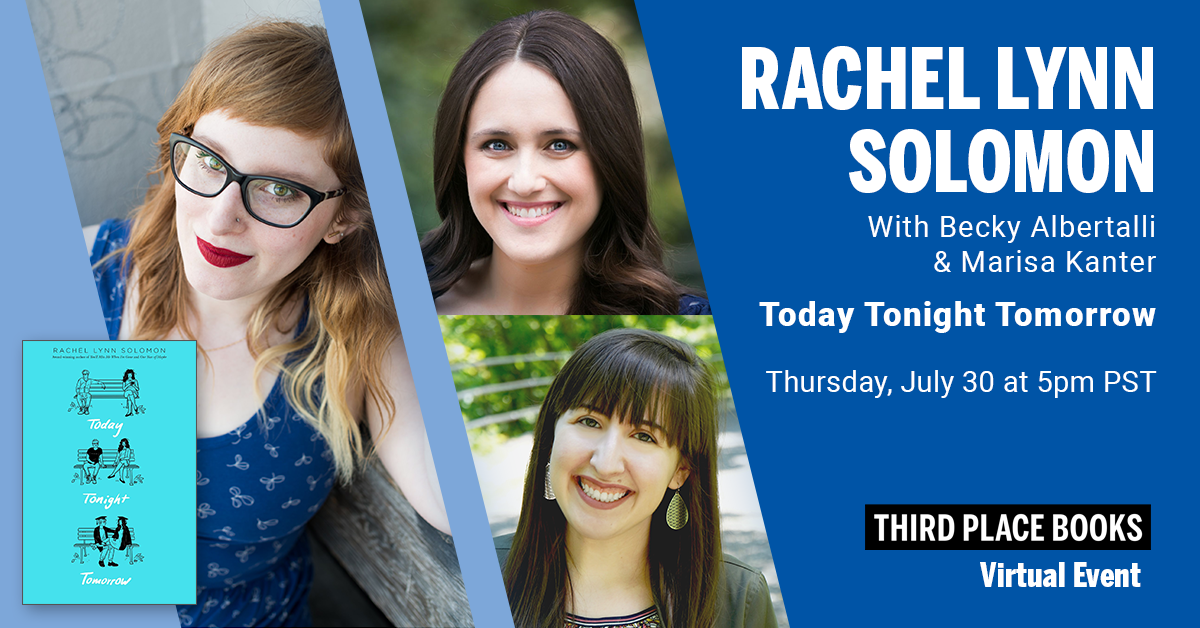 Virtual Event
This is a virtual event! Register to attend this Livestream Event Here!
The Hating Game meets Nick and Norah's Infinite Playlist by way of Morgan Matson in this unforgettable romantic comedy about two rival overachievers whose relationship completely transforms over the course of twenty-four hours.
Today, she hates him.

It's the last day of senior year. Rowan Roth and Neil McNair have been bitter rivals for all of high school, clashing on test scores, student council elections, and even gym class pull-up contests. While Rowan, who secretly wants to write romance novels, is anxious about the future, she'd love to beat her infuriating nemesis one last time.

Tonight, she puts up with him.

When Neil is named valedictorian, Rowan has only one chance at victory: Howl, a senior class game that takes them all over Seattle, a farewell tour of the city she loves. But after learning a group of seniors is out to get them, she and Neil reluctantly decide to team up until they're the last players left--and then they'll destroy each other.

As Rowan spends more time with Neil, she realizes he's much more than the awkward linguistics nerd she's sparred with for the past four years. And, perhaps, this boy she claims to despise might actually be the boy of her dreams.

Tomorrow...maybe she's already fallen for him.

Rachel Lynn Solomon is the author of You'll Miss Me When I'm Gone, Our Year of Maybe, and Today Tonight Tomorrow. She is a Seattle native who loves rainy days, her tiny dog, tap dancing, old movies, red lipstick, and books with flawed, complicated characters.

Becky Albertalli is the #1 New York Times bestselling author of William C. Morris Award winner and National Book Award longlist title Simon vs. the Homo Sapiens Agenda (now a major motion picture, Love, Simon); the acclaimed The Upside of Unrequited; and What If It's Us (cowritten with Adam Silvera). Becky lives with her family in Atlanta.

Marisa Kanter has worked in publicity for major publishers and covered YA books for MTV. Currently, she works in sales, on the distribution side of the publishing industry. She can often be found searching for the best iced chai in NYC or reading on the 3 train. What I Like About You is her first novel.