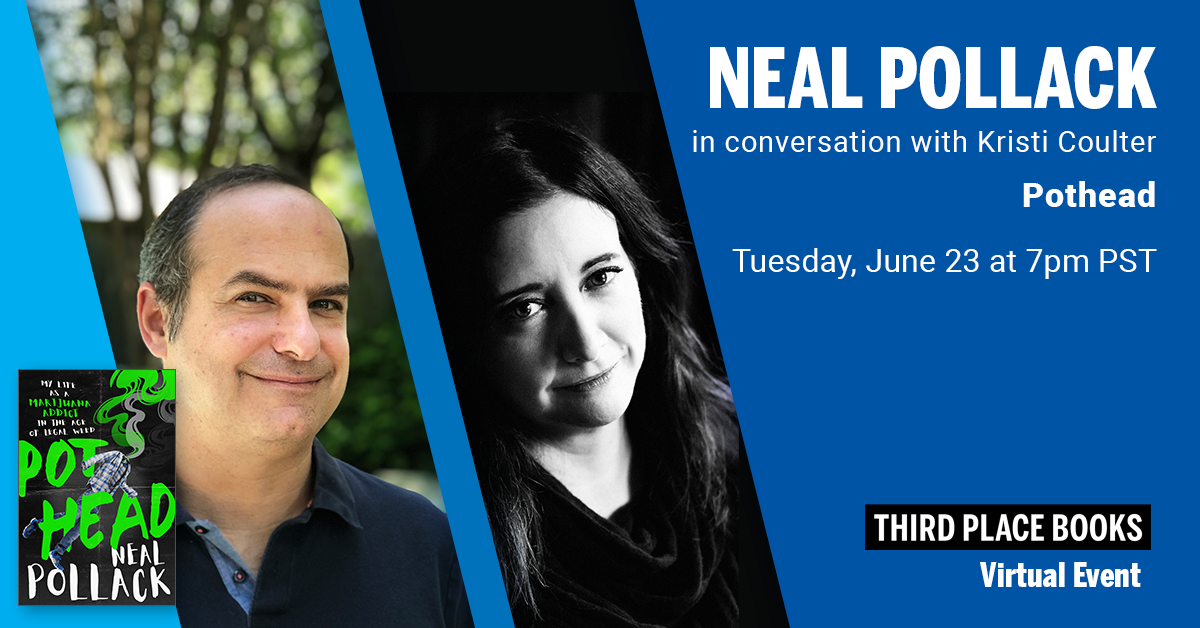 This is a virtual event. Register for this Livestream Event here!

A poignantly funny account of renowned writer and humorist Neal Pollack's years as a marijuana addict.

Beginning innocently enough in his 20s, Neal Pollack discovers that pot makes everything--food, music, sex--better. Getting married, having a kid, and enjoying professional success do nothing to dampen Pollack's enthusiasm for getting high. As cannabis grows stronger and more widely available, the expansion and acceptance of marijuana Big Business shadows Pollack's dependence.

By 2014, Neal is a correspondent for a national marijuana newspaper, mostly because it means free pot. Diving into the wild, wicked world of weed with both lungs, Pollack proceeds to smoke, vape, and eat his way to oblivion, leading to public meltdowns and other embarrassing behavior. After his mother dies in 2017, he spirals out of control, finally hitting bottom during a reckless two-day gambling and drug-filled binge, culminating in a public crack-up at the World Series in Dodger Stadium. Three weeks later, he quits.

After joining a twelve-step program, Neal outs himself as a marijuana addict in a 2018 New York Times op-ed piece, leading to his decision to document his experience as a cautionary tale for the millions of recreational users in the hazy age of legalized weed.

Neal Pollack, "The Greatest Living American Writer," is the author of 10 previously published books of fiction and nonfiction, including the bestselling memoirs Alternadad and Stretch, the cult classic The Neal Pollack Anthology of American Literature, the novels Never Mind The Pollacks, Jewball, Repeat, and Keep Mars Weird, and Downward-Facing Death and Open Your Heart, a pair of "yoga mysteries." Pollack is currently the editor-in-chief of Book and Film Globe. His 25-year freelance writing credits include a column in Vanity Fair, as well as GQ, The New York Times, The New York Times Magazine, The Wall Street Journal, Men's Journal, Slate, Salon, Nerve, The Federalist, The Drive, Yahoo!, Esquire, The Jewish Daily Forward, Decider, and many other publications large and small. A three-time Jeopardy! Champion, a former correspondent for The Cannabist, and a certified yoga instructor, Pollack lives in Austin, Texas, with his wife (the painter Regina Allen), their son Elijah, and a Boston Terrier named Briar.

Kristi Coulter holds an MFA in creative writing from the University of Michigan. She is a former Ragdale Foundation resident and the recipient of a grant from the National Foundation for Advancement in the Arts. Her work has appeared in The Awl,  Marie Claire, Vox, Quartz, and elsewhere. Nothing Good Can Come from This is her debut book. She lives in Seattle, Washington.