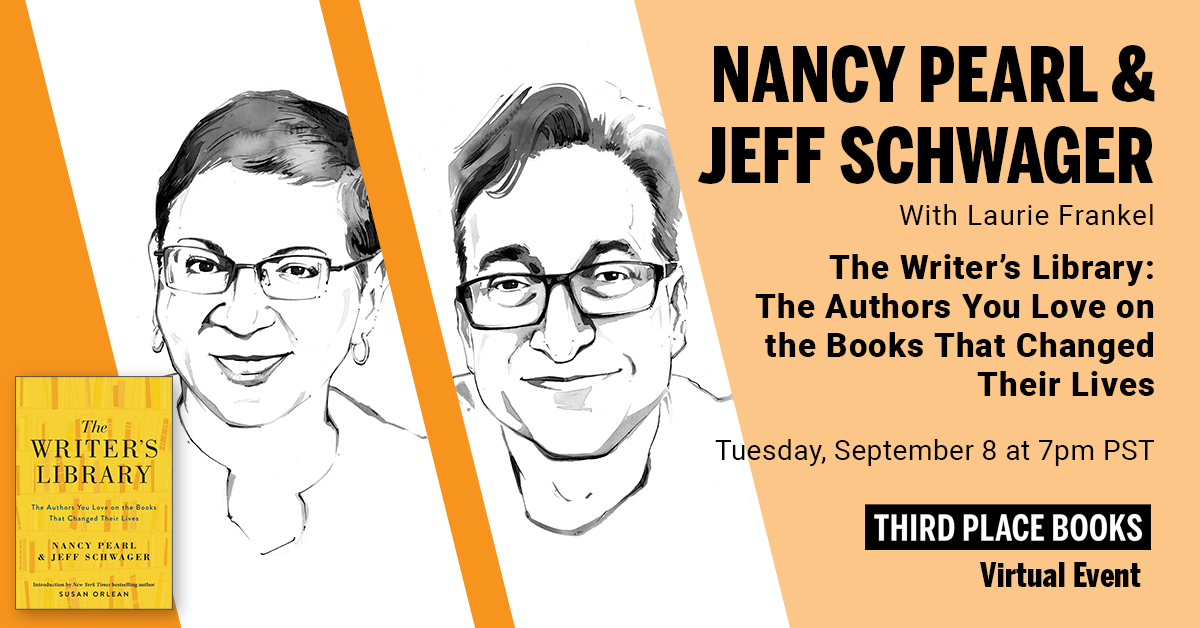 Twenty-three of today's living literary legends, including Donna Tartt, Viet Thanh Nguyen, Andrew Sean Greer, Laila Lalami, and Michael Chabon, reveal the books that made them think, brought them joy, and changed their lives in this intimate, moving, and insightful collection from American's Librarian Nancy Pearl and noted playwright Jeff Schwager that celebrates the power of literature and reading to connect us all.

Before Jennifer Egan, Louise Erdrich, Luis Alberto Urrea, and Jonathan Lethem became revered authors, they were readers. In this ebullient book, America's favorite librarian Nancy Pearl and noted-playwright Jeff Schwager interview a diverse range of America's most notable and influential writers about the books that shaped them and inspired them to leave their own literary mark.

Illustrated with beautiful line drawings, The Writer's Library is a revelatory exploration of the studies, libraries, and bookstores of today's favorite authors--the creative artists whose imagination and sublime talent make America's literary scene the wonderful, dynamic world it is. A love letter to books and a celebration of wordsmiths, The Writer's Library is a treasure for anyone who has been moved by the written word.

Bestselling author, librarian, literary critic, and devoted reader Nancy Pearl regularly speaks about the importance and pleasure of reading at libraries, literacy organizations, and community groups around the world. She can be heard on NPR's Morning Edition and KWGS-FM in Tulsa, Oklahoma, discussing her favorite books. Her monthly television show on the Seattle Channel, Book Lust with Nancy Pearl, features interviews with authors, poets, and other literary figures. Among her many honors are the 2011 Librarian of the Year Award from Library Journal and the 2011 Lifetime Achievement Award from the Pacific Northwest Booksellers Association. Nancy is the creator of the internationally recognized program If All of Seattle Read the Same Book, and was the inspiration for the Archee McPhee Librarian Action Figure.

Jeff Schwager is a Seattle-based writer, editor, producer, and playwright who has also had a successful career as an entertainment and media executive. He has written extensively on books, movies, music, and theater, and has interviewed many of the most esteemed artists in each of those mediums. In 2013, Book-It Repertory Theatre produced his acclaimed adaptation of Denis Johnson's Jesus' Son. The following year, the company's five-hour stage version of his dramatization of Michael Chabon's The Amazing Adventures of Kavalier & Clay won Theatre Puget Sound's prestigious Gregory Award for Outstanding Production of 2014.