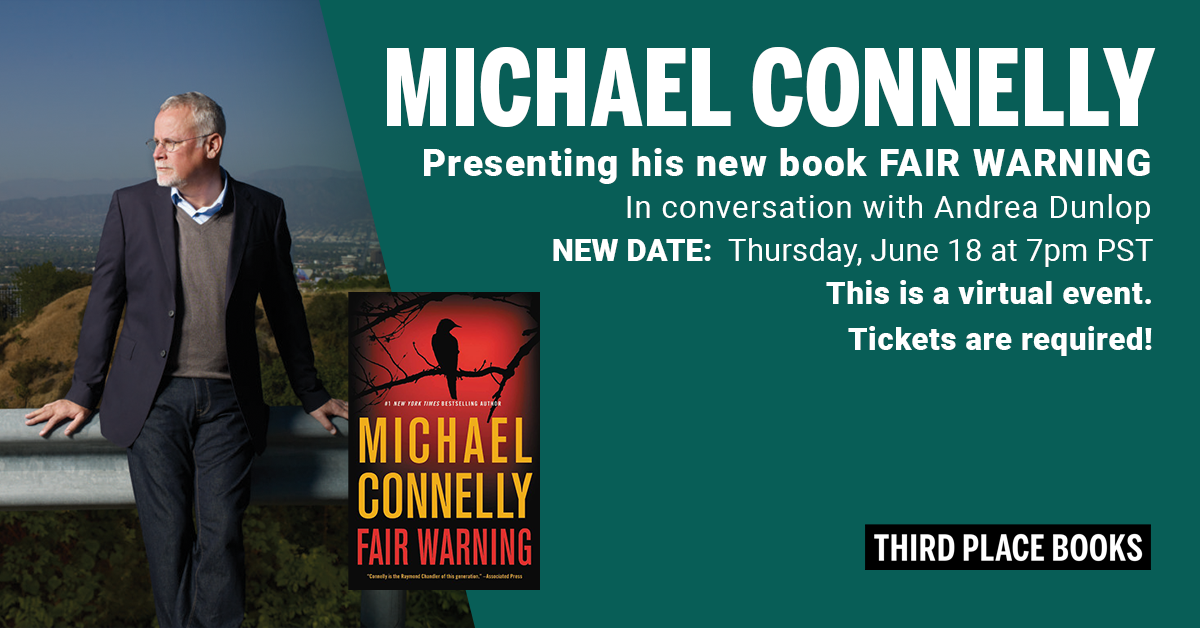 This event was rescheduled due to unforeseen circumstances. ALL PREVIOUSLY PURCHASED TICKETS WILL BE HONORED!

The hero of The Poet and The Scarecrow is back in the new thriller from #1 New York Times bestselling author Michael Connelly. Jack McEvoy, the journalist who never backs down, tracks a serial killer who has been operating completely under the radar - until now. Join Third Place Books for a virtual event with Michael Connelly!

Tickets are required for this event. Each ticket includes one signed copy of Fair Warning. PURCHASE YOUR TICKETS HERE!

Veteran reporter Jack McEvoy has taken down killers before, but when a woman he had a one-night stand with is murdered in a particularly brutal way, McEvoy realizes he might be facing a criminal mind unlike any he's ever encountered.

Jack investigates--against the warnings of the police and his own editor--and makes a shocking discovery that connects the crime to other mysterious deaths across the country. Undetected by law enforcement, a vicious killer has been hunting women, using genetic data to select and stalk his targets. Uncovering the murkiest corners of the dark web, Jack races to find and protect the last source who can lead him to his quarry. But the killer has already chosen his next target, and he's ready to strike.

Join Michael Connelly in conversation with Andrea Dunlop, author of WE CAME HERE TO FORGET!