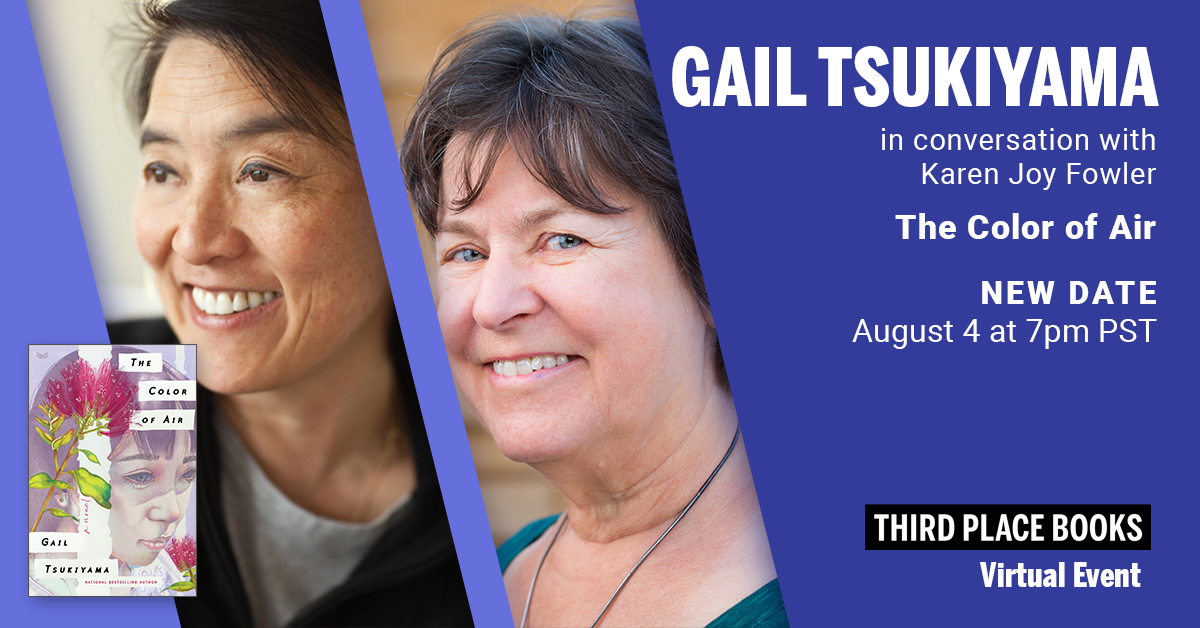 This event was rescheduled due to technical difficulties. Thank you for your patience and understanding!

This is a virtual event! Register for this Livestream Event Here!

From the New York Times bestselling author of Women of the Silk and The Samurai's Garden comes a gorgeous and evocative historical novel about a Japanese-American family set against the backdrop of Hawai'i's sugar plantations.

Daniel Abe, a young doctor in Chicago, is finally coming back to Hawai'i. He has his own reason for returning to his childhood home, but it is not to revisit the past, unlike his Uncle Koji. Koji lives with the memories of Daniel's mother, Mariko, the love of his life, and the scars of a life hard-lived. He can't wait to see Daniel, who he's always thought of as a son, but he knows the time has come to tell him the truth about his mother, and his father. But Daniel's arrival coincides with the awakening of the Mauna Loa volcano, and its dangerous path toward their village stirs both new and long ago passions in their community.

Alternating between past and present--from the day of the volcano eruption in 1935 to decades prior--The Color of Air interweaves the stories of Daniel, Koji, and Mariko to create a rich, vibrant, bittersweet chorus that celebrates their lifelong bond to one other and to their immigrant community. As Mauna Loa threatens their lives and livelihoods, it also unearths long held secrets simmering below the surface that meld past and present, revealing a path forward for them all.

Gail Tsukiyama was born in San Francisco, California, to a Chinese mother from Hong Kong and a Japanese father from Hawaii. She attended San Francisco State University where she earned her Bachelor of Arts Degree and a Master of Arts Degree in English. She is the bestselling author of seven previous novels, including Women of the Silk, The Samurai's Garden,  and most recently, A Hundred Flowers, and has received the Academy of American Poets Award and the PEN Oakland/Josephine Miles Literary Award. She divides her time between El Cerrito and Napa Valley, California.

Karen Joy Fowler is the author of six novels including Booker Prize finalist and international bestseller We Are All Completely Beside Ourselves,  Wit's End, and The Jane Austen Book Club -- which spent thirteen weeks on the New York Times bestseller list, was a New York Times Notable Book, and was adapted as a major motion picture from Sony Pictures. Her novel Sister Noon was a finalist for the 2001 PEN/Faulkner Award for fiction, and her short story collection Black Glass won the World Fantasy Awards. Fowler and her husband, who have two grown children, live in Santa Cruz, California.