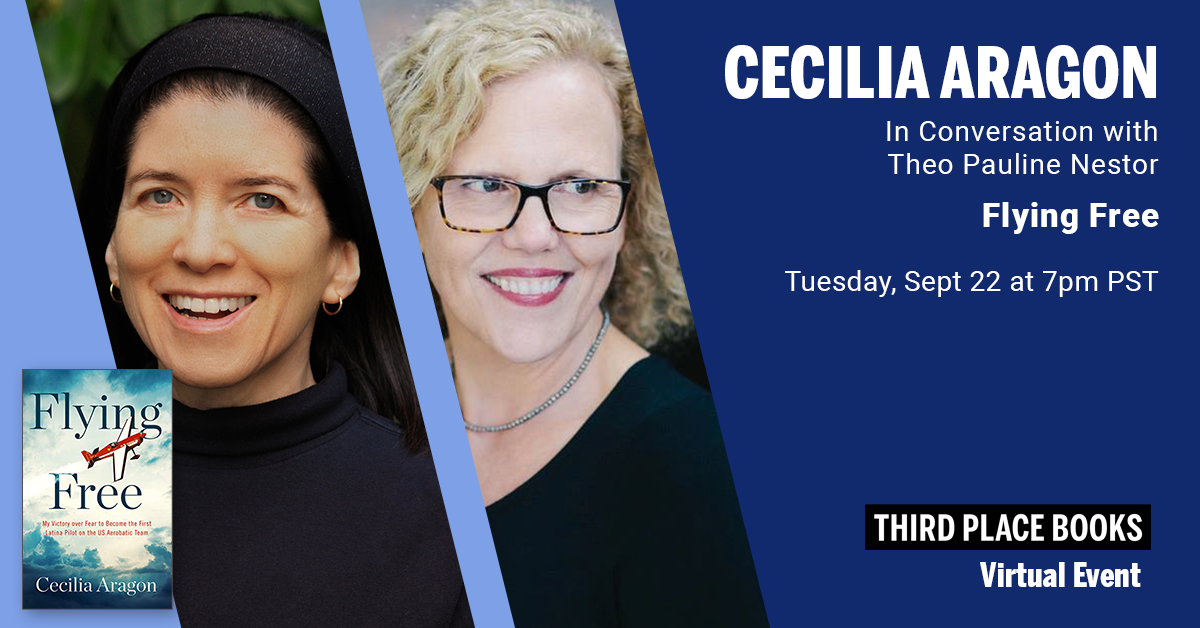 Join us to celebrate the launch of Flying Free, the new memoir from University of Washington Professor Cecilia Aragon!

The daughter of a Chilean father and a Filipina mother, Cecilia Rodriguez Aragon grew up as a shy, timid child in a small midwestern town during the 1960s, targeted by school bullies and dismissed by many of her teachers.

Flying Free is the story of how Cecilia Aragon broke free from prejudices of race and gender to rise above her own limits by combining math and logic with her passion for flying in unexpected ways. You don't have to be a math whiz or a science geek to learn from her story. You just have to want to soar.

Cecilia Aragon is an author, air-show pilot, and the first Latina full professor in the College of Engineering at the University of Washington in Seattle. She coauthored Writers in the Secret Garden, has worked with Nobel Prize winners, taught astronauts to fly, and created musical simulations of the universe with rock stars. Her major awards for research, and a stint at NASA designing software for Mars missions, led President Obama to call her “one of the top scientists and engineers in the country." She lives in Seattle.

Theo Pauline Nestor teaches writing at the University of Washington. Her essay “The Chicken’s in the Oven, My Husband’s out the Door” was published in the New York Times “Modern Love” column and was the genesis of her first book, How To Sleep Alone in a King-Sized Bed. She is also the author of Writing Is My Drink: A Writer's Story of Finding Her Voice (and a Guide to How You Can Too) and lives in Seattle, Washington, with her two daughters.