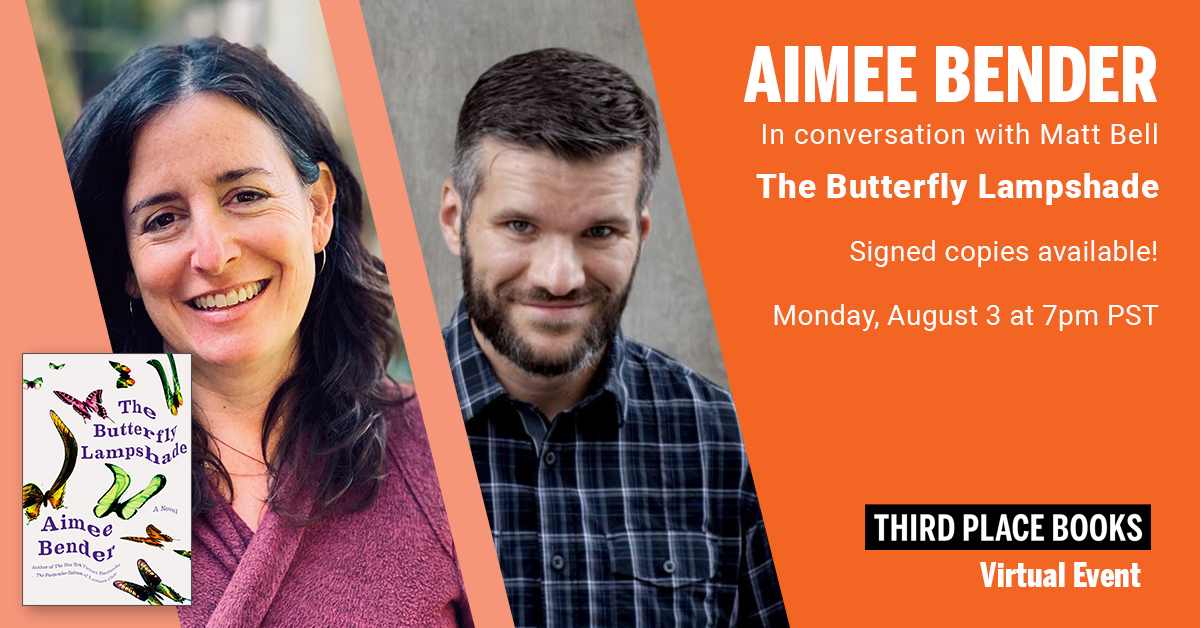 This is a virtual event! Register for this Livestream Event Here!

On the night her single mother is taken to a mental hospital after a psychotic episode, eight year-old Francie is staying with her babysitter, waiting to take the train to Los Angeles to go live with her aunt and uncle. There is a lovely lamp next to the couch on which she's sleeping, the shade adorned with butterflies. When she wakes, Francie spies a dead butterfly, exactly matching the ones on the lamp, floating in a glass of water. She drinks it before the babysitter can see.

Twenty years later, Francie is compelled to make sense of that moment, and two other incidents – her discovery of a desiccated beetle from a school paper, and a bouquet of dried roses from some curtains. Her recall is exact – she is sure these things happened. But despite her certainty, she wrestles with the hold these memories maintain over her, and what they say about her own place in the world.

As Francie conjures her past and reduces her engagement with the world to a bare minimum, she begins to question her relationship to reality. The scenes set in Francie's past glow with the intensity of childhood perception, how physical objects can take on an otherworldly power. The question for Francie is, What do these events signify? And does this power survive childhood?

Aimee Bender is the author of the novels The Particular Sadness of Lemon Cake—a New York Times bestseller—and An Invisible Sign of My Own, and of the collections The Girl in the Flammable Skirt, Willful Creatures, and The Color Master. Her works have been widely anthologized and have been translated into sixteen languages. She lives in Los Angeles.

Matt Bell’s next novel, Appleseed, is forthcoming from Custom House/William Morrow in 2021. He is also the author of the novels Scrapper and In the House upon the Dirt between the Lake and the Woods, as well as the short story collection A Tree or a Person or a Wall, a non-fiction book about the classic video game Baldur's Gate II, and several other titles. His writing has appeared in The New York Times, Tin House, Conjunctions, Fairy Tale Review, American Short Fiction, and many other publications. A native of Michigan, he teaches creative writing at Arizona State University.