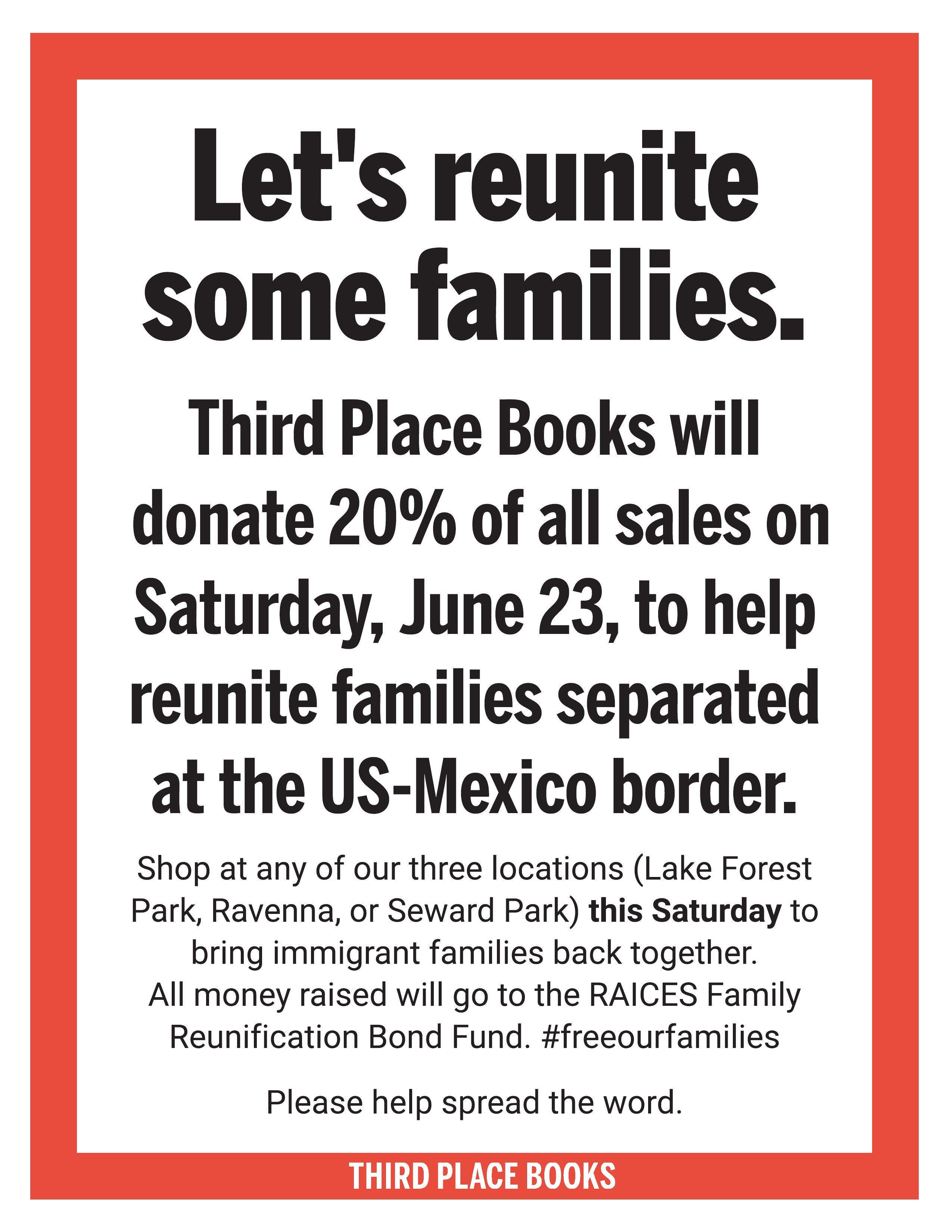 SEATTLE — This Saturday (6/23/18), Third Place Books will donate 20 percent of sales at all three of its store locations (Laker Forest Park, Ravenna, and Seward Park) to family reunification efforts at the US-Mexico border.

Proceeds will go to the RAICES Family Reunification and Bond Fund, which in the last five days alone has raised more than $12 million to pay the immigration bonds imposed by ICE, as reported by NPR. Individual bonds start at $1500 and often are in the range of $5000-1000, even for asylum seekers without a criminal history, according to the RAICES website. RAICES (Refugee and Immigrant Center for Education and Legal Services) is a Texas-based  nonprofit and one of the leading organizations dedicated to providing legal help to immigrants and their families. Their campaign is supported on social media with the hashtag #freeourfamilies.

“I’m extremely proud of the money we raised last year to aid in the relief efforts in Puerto Rico,” says Third Place managing partner Robert Sindelar. Third Place Books raised $6,585 across its three stores, which it sent to the UNIDOS Disaster Relief Fund. “I am thrilled that Avery had the instinct and intuition to suggest a similar campaign to help the children in crisis at the border.”

With little time to organize, we hope that coverage of this fundraiser inspires Seattleites to take part, and that other bookstores and Seattle-based businesses will also participate.

Third Place Books has often taken a proactive role in supporting the diversity and dignity of its community. This very same Saturday, for instance, Third Place Books Seward Park will be celebrating the publication of Baro Af-Soomaali, an innovative, community-created Somali alphabet book. The book, which was written during the summer of 2017, grew out of the realization that Somali language board books simply weren’t available in Seattle’s schools or libraries.

Everyone in the community is invited to participate by shopping at any of the three Third Place Books locations this Saturday, June 23, or by contributing directly at raicestexas.org or to the organization of your choice.