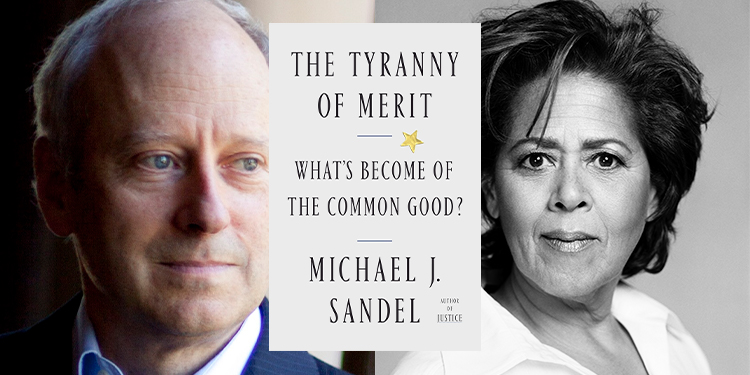 Experts believe these are dangerous times for democracy, that we live in an age of winners and losers, where the odds are stacked in favor of the already fortunate. Stalled social mobility and entrenched inequality have made way for perhaps the central question of our time: what has become of the common good?

In this livestreamed presentation, world-renowned philosopher Michael Sandel argues that to overcome the crises that are upending our world, we must rethink our attitudes toward success and failure. With thoughts from his book The Tyranny of Merit: What’s Become of the Common Good, he endeavors to show the hubris that a meritocracy generates among the winners, and the harsh judgment it imposes on those left behind. He traces the dire consequences of a single-minded reliance on the notion of merit: anger and frustration that has fueled populist protest, extreme polarization, and has led to deep distrust of both government and our fellow citizens, leaving us morally unprepared to tackle the profound challenges we are facing today. Join Sandel for this extraordinarily timely discussion that offers an alternative way of thinking about success, one that is more attentive to the role of luck in human affairs—and more conducive to an ethic of humility and solidarity in the future.

Michael Sandel teaches political philosophy at Harvard University. His books What Money Can’t Buy: The Moral Limits of Markets and Justice: What’s the Right Thing to Do? were international bestsellers and have been translated into 27 languages. His legendary course “Justice” was the first Harvard course to be made freely available online and has been viewed by tens of millions. His BBC series The Public Philosopher explores the philosophical ideas lying behind the headlines.

Anna Deavere Smith is a playwright, actor, and educator who uses her singular brand of theatre to explore issues of community, character, and diversity in America. Her work as a playwright is extensive; her most recent play looks at the school-to-prison pipeline, and injustice and inequality in low-income communities. She is the founding director of the Institution on the Arts and Civic Dialogue, which was launched at Harvard, and is now housed at NYU, where she is a Professor at Tisch School of the Arts. Among her many honors and recognitions, she is the recipient of a MacArthur Foundation “Genius” Fellowship, the National Humanities Medal, and a Guggenheim Fellowship.