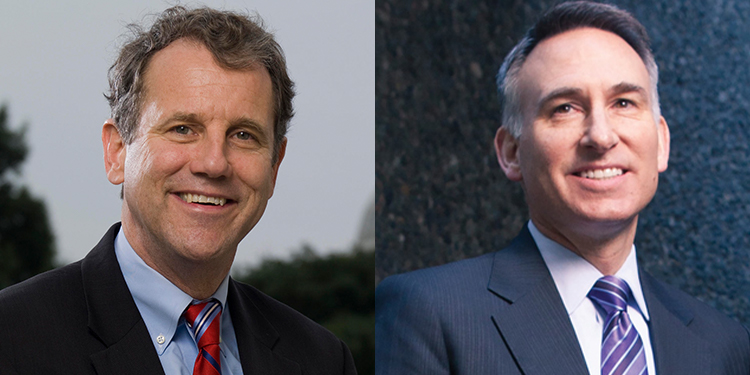 Current desk occupant and Ohio Senator Sherrod Brown joins us to share stories of those who preceded him. Utilizing anecdotes and history from his book Desk 88: Eight Progressive Senators Who Changed America, he presents eight portraits of political courage that tell the triumphs and failures of the Progressive idea over the past century. He argues that despite their flaws and frequent setbacks, each made a decisive contribution to the creation of a more just America. With recollections from his own career, Brown asserts that the Progressive idea is not dead—that we can renew the social contract and create a new era in which Americans of all backgrounds can thrive.

Sherrod Brown is Ohio’s senior US senator. He has dedicated his life in public service to fighting for what he calls “the dignity of work”—the belief that hard work should pay off for everyone. He has been a strong advocate for health care reform measures and is a leading advocate of education. You can follow the Senator on Twitter and Facebook.

Dow Constantine is serving his third term as King County Executive. A former member of the King County Council and the Washington State Senate and House of Representatives, and a three-time graduate of the University of Washington, Dow is focused on meeting two of our greatest generational challenges: building equity and opportunity, and confronting climate change.