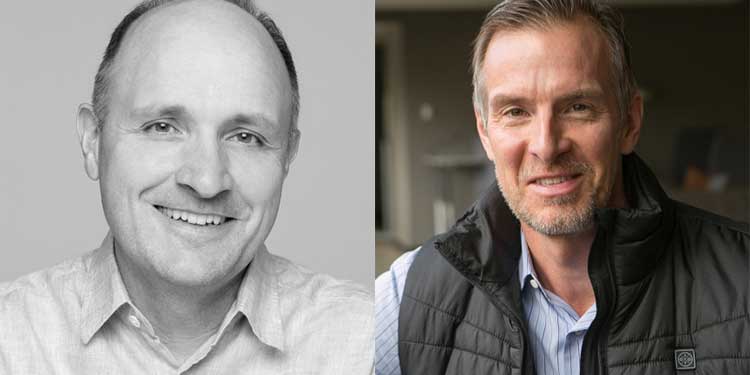 Colin Bryar started at Amazon in 1998; Bill Carr joined in 1999. With twenty-seven years of Amazon experience between them, much of it in the early aughts—a period that brought products and services including Kindle, Amazon Prime, Amazon Studios, and Amazon Web Services to life—Bryar and Carr join us, in conversation with Chris Devore, to offer unprecedented access to the Amazon way as it was refined, articulated, and proven to be repeatable, scalable, and adaptable.

Bringing recollections from their book Working Backwards: Insights, Stories, and Secrets from Inside Amazon, these two long-serving former Amazon executives share how Amazon’s fourteen leadership principles inform decision-making at all levels and reveal how the company’s culture has been defined by four characteristics: customer obsession, long-term thinking, eagerness to invent, and operational excellence. Bryar and Carr explain the set of ground-level practices that ensure these are translated into action and flow through all aspects of the business, and offer replicable steps for applying it at your own company. Join Bryar and Carr as they present a practical guidebook for finding corporate success.

Colin Bryar joined Amazon in 1998 — four years after its founding — and spent the next 12 years as part of Amazon’s senior leadership team. After Amazon, he and his family relocated to Singapore for two years where Bryar served as Chief Operating Officer of e-commerce company RedMart. Colin is co-founder of Working Backwards LLC where he coaches executives at both large and early-stage companies on how to implement the management practices developed at Amazon.

Bill Carr joined Amazon in 1999 and spent more than 15 years with the company. As Vice President of Digital Media, Carr launched and managed the company’s global digital music and video businesses, including Amazon Music, Prime Video, and Amazon Studios. After Amazon, Carr was an Executive In Residence with Maveron, LLC, and, later, the Chief Operating Officer of OfferUp. Today Carr is co-founder of Working Backwards LLC where he coaches executives at both large and early-stage companies on how to implement the management practices developed at Amazon.

Chris DeVore is Managing Partner of Founders’ Co-op and the former Managing Director of Techstars Seattle. As a community volunteer, Chris co-chaired the City of Seattle’s Economic Development Commission, partnered with the University of Washington to create Startup Hall (a commercial innovation space located on the UW Campus).