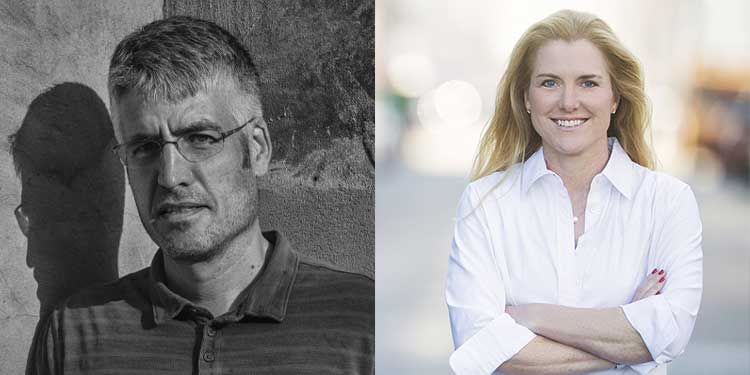 In 1937, the famed writer and activist Upton Sinclair published a novel bearing the subtitle A Story of Ford-America. He blasted the callousness of a company worth “a billion dollars” that underpaid its workers while forcing them to engage in repetitive and sometimes dangerous assembly line labor. Eighty-three years later, the market capitalization of Amazon. com has exceeded one trillion dollars, while the value of the Ford Motor Company hovers around thirty billion. We have, Alec MacGillis contends, entered the age of one-click America—and as the coronavirus makes Americans more dependent on online shopping, its sway will only intensify.

Award-winning journalist MacGillis has embarked upon a literary investigation of the America that he believes falls within the shadow of Amazon. His book, Fulfillment: Winning and Losing in One-Click America, MacGillis tells the stories of those who’ve thrived and struggled to thrive in this rapidly changing environment, and he joins us in conversation with UW history professor Margaret O’Mara to share what he’s gleaned. From our own Seattle to suburban Virginia to Baltimore and beyond, he ranged across the country gathering insight into the impact that Amazon has had. The reach has stretched to Congress as well, MacGillis explores, with lobbyists and government contractors. With empathy and breadth, he demonstrates the hidden human costs of the other inequality between the country’s “winning” and “losing” regions, inviting us to an intimate account of contemporary capitalism.

Alec MacGillis is a senior reporter for ProPublica. He worked previously at The Washington Post, Baltimore Sun, and The New Republic, and his journalism has appeared in The New York Times Magazine, The New Yorker, The Atlantic, and other publications. He is the author of The Cynic, a 2014 biography of Mitch McConnell.

Margaret O’Mara is a professor of history at the University of Washington and a contributing opinion writer at The New York Times. She is the author of several books, including The Code: Silicon Valley and the Remaking of America.