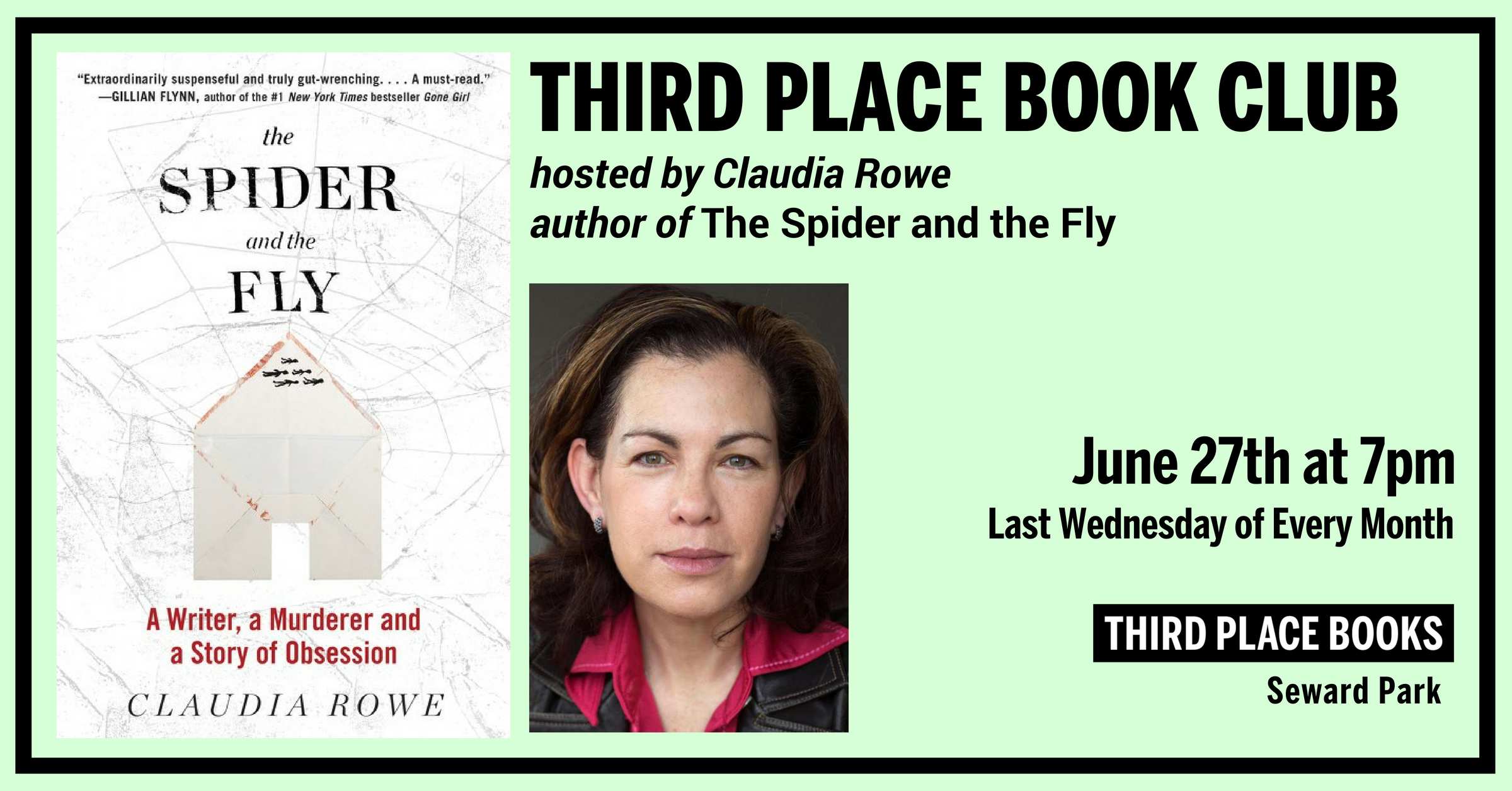 Third Place Books Seward Park is proud to present the Third Place Book Club, a monthly book club where authors come to discuss their books. In the month of June, Claudia Rowe will be joining us to discuss her book, The Spider and the Fly. The Third Place Book Club meets the last Wednesday of every month. Drink specials are available from Raconteur during book clubs and author readings, so grab a glass and join us for a lively literary discussion. Every month our selected titles are discounted 20% through the date of the book club. All are welcome, no purchase required.

In this superb work of literary true crime--a spellbinding combination of memoir and psychological suspense--a female journalist chronicles her unusual connection with a convicted serial killer and her search to understand the darkness inside us.

"Well, well, Claudia. Can I call you Claudia? I'll have to give it to you, when confronted at least you're honest, as honest as any reporter. . . . You want to go into the depths of my mind and into my past. I want a peek into yours. It is only fair, isn't it?"--Kendall Francois

In September 1998, young reporter Claudia Rowe was working as a stringer for the New York Times in Poughkeepsie, New York, when local police discovered the bodies of eight women stashed in the attic and basement of the small colonial home that Kendall Francois, a painfully polite twenty-seven-year-old community college student, shared with his parents and sister.

Growing up amid the safe, bourgeois affluence of New York City, Rowe had always been secretly fascinated by the darkness, and soon became obsessed with the story and with Francois. She was consumed with the desire to understand just how a man could abduct and strangle eight women--and how a family could live for two years, seemingly unaware, in a house with the victims' rotting corpses. She also hoped to uncover what humanity, if any, a murderer could maintain in the wake of such monstrous evil.

Reaching out after Francois was arrested, Rowe and the serial killer began a dizzying four-year conversation about cruelty, compassion, and control; an unusual and provocative relationship that would eventually lead her to the abyss, forcing her to clearly see herself and her own past--and why she was drawn to danger.

Claudia Rowe is an award-winning journalist who has been twice nominated for the Pulitzer Prize. Currently a staff writer at the Seattle Times, she has published work in numerous newspapers and magazines, including the New York Times, Mother Jones, Huffington Post, Women's Day, Yes! and Seattle's alternative weekly, The Stranger. She has been honored by the Society of Professional Journalists, the Nieman Foundation for Journalism at Harvard University, and the Journalism Center on Children & Families, which awarded her a Casey Medal for Meritorious Journalism.

The Spider and the Fly: A Writer, a Murderer, and a Story of Obsession (Paperback)