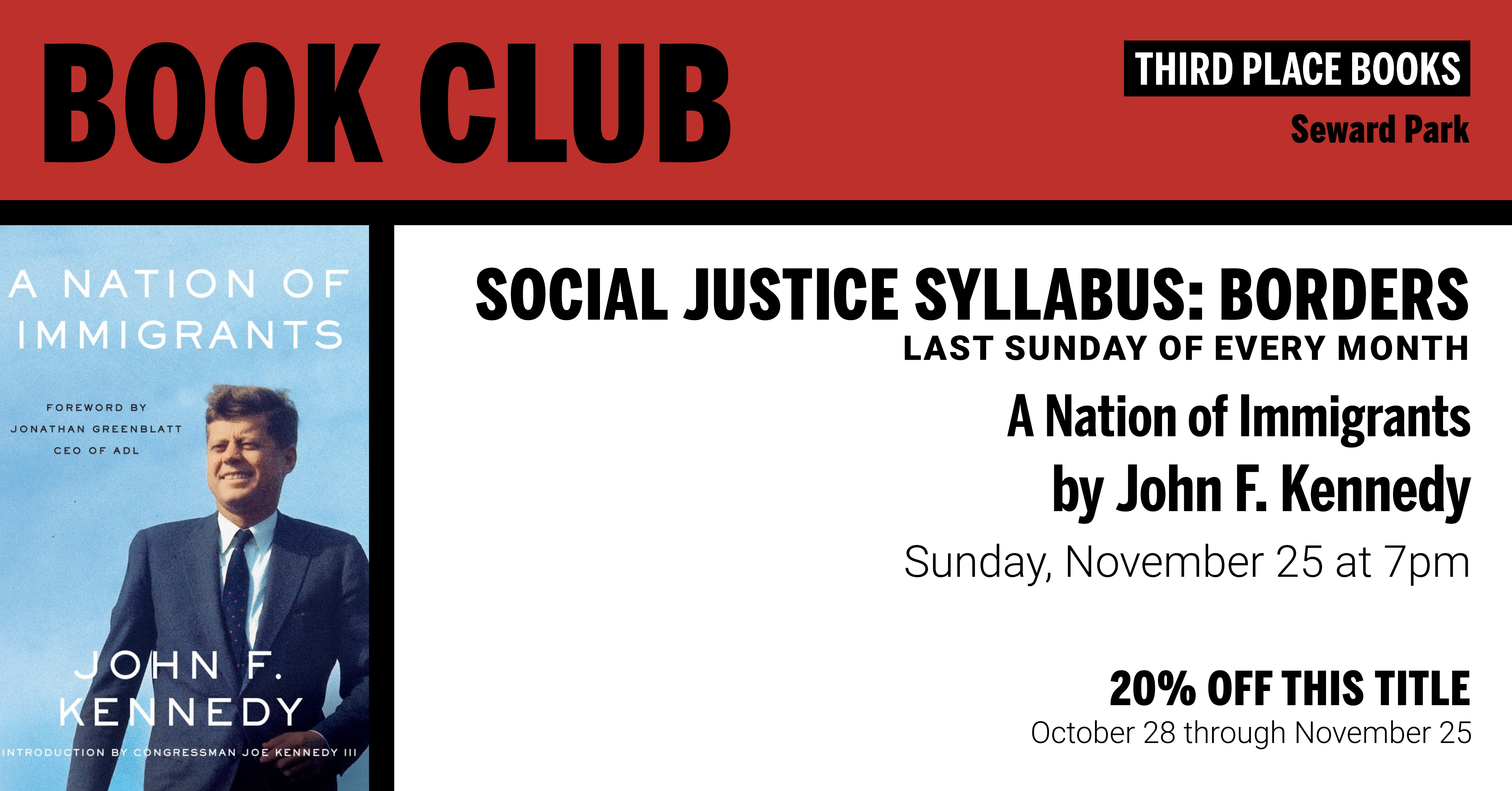 Welcome back to the Social Justice Book Club: Borders, where we will read and discuss fiction, nonfiction, and poetry about immigration, asylum, and borders. Join us on the last Sunday of every month for insightful conversation. This meeting of Social Justice Syllabus: Borders will discuss Lucky Boy by Shanthi Sekaran on Sunday, November 25 at 7pm. Every month our selected titles are discounted 20% through the date of the book club. All are welcome, no purchase required.

For our second series, Borders, we will read fiction, nonfiction, and poetry about immigration, asylum, and borders. Join us on the last Sunday of every month for insightful conversation.

Throughout his presidency, John F. Kennedy was passionate about the issue of immigration reform. He believed that America is a nation of people who value both tradition and the exploration of new frontiers, deserving the freedom to build better lives for themselves in their adopted homeland. This 60th anniversary edition of his posthumously published, timeless work--with a foreword by Jonathan Greenblatt, the National Director and CEO of the ADL, formerly known as the Anti-Defamation League and an introduction from Congressman Joe Kennedy III--offers President Kennedy's inspiring words and observations on the diversity of America's origins and the influence of immigrants on the foundation of the United States.

The debate on immigration persists. Complete with updated resources on current policy, this new edition of A Nation of Immigrants emphasizes the importance of the collective thought and contributions to the prominence and success of the country.

A Nation of Immigrants (Paperback)