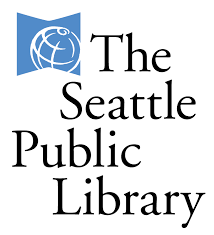 About The Whale Child:
This brother and sister writing team share the story of Shiny, a whale child that becomes a boy to help humans understand the harm facing the world’s oceans. The Whale Child introduces children ages 7 to 12 to existing environmental issues with a message of hope, education, sharing, and action.

Shiny is a whale child. One day his mother teaches him about the harm facing the world’s oceans because of human carelessness. Shiny agrees to be turned into a boy by the ocean’s water spirit so he can visit the land and alert people to these dangers. He meets Alex, a young Coast Salish girl who learns from Shiny that the living spirit of water exists in everything–glaciers, rivers, oceans, rain, plants, and all living creatures. Together the two travel the earth, confronting the realities of a planet threatened by an uncertain future. Inspired by Shiny’s hope, humor, and wisdom, Alex makes the promise to become a teacher for future generations. She realizes that the timeless Indigenous value of environmental stewardship is needed now more than ever and that we must all stand up on behalf of Mother Earth.

Written and illustrated by Indigenous authors Keith Egawa and Chenoa Egawa, The Whale Child introduces children ages 7 to 12 to existing environmental issues with a message of hope, education, sharing, and action. Also included are resources for students and teachers to facilitate learning about Pacific Northwest Indigenous cultures and the environment.

ABOUT THE SPEAKERS:
KEITH and CHENOA EGAWA are siblings who co-wrote and illustrated The Whale Child (2020) and Tani’s Search for the Heart (2013). They are both enrolled members of the Lummi Indian Nation.

KEITH EGAWA is a graduate of the University of Washington’s Creative Writing program and author of the novel Madchild Running (Red Crane Books Inc. 1999). Keith’s extensive work experience in the fields of Children and Family Services and Indian Education Reform has provided him with both inspiration and insight into this subject matter. Keith has been awarded several artists grants, including the ARTs Up grant through the Seattle Arts Commission, which was used to conduct a series of writing workshops for Native youth in the Seattle area.

CHENOA EGAWA is the owner of Swan Clan Productions. She is a traditional Native singer, storyteller, ceremonial leader, and medicine carrier. Chenoa has served as a Lummi delegate and an interpreter in Central and South America and for the UN. She has also served as Indian Education liaison in public and tribal schools, promoting racial equity through art and education.

Presented by the Seattle Public Library