Reading Through It Book Club - The View From Flyover Country 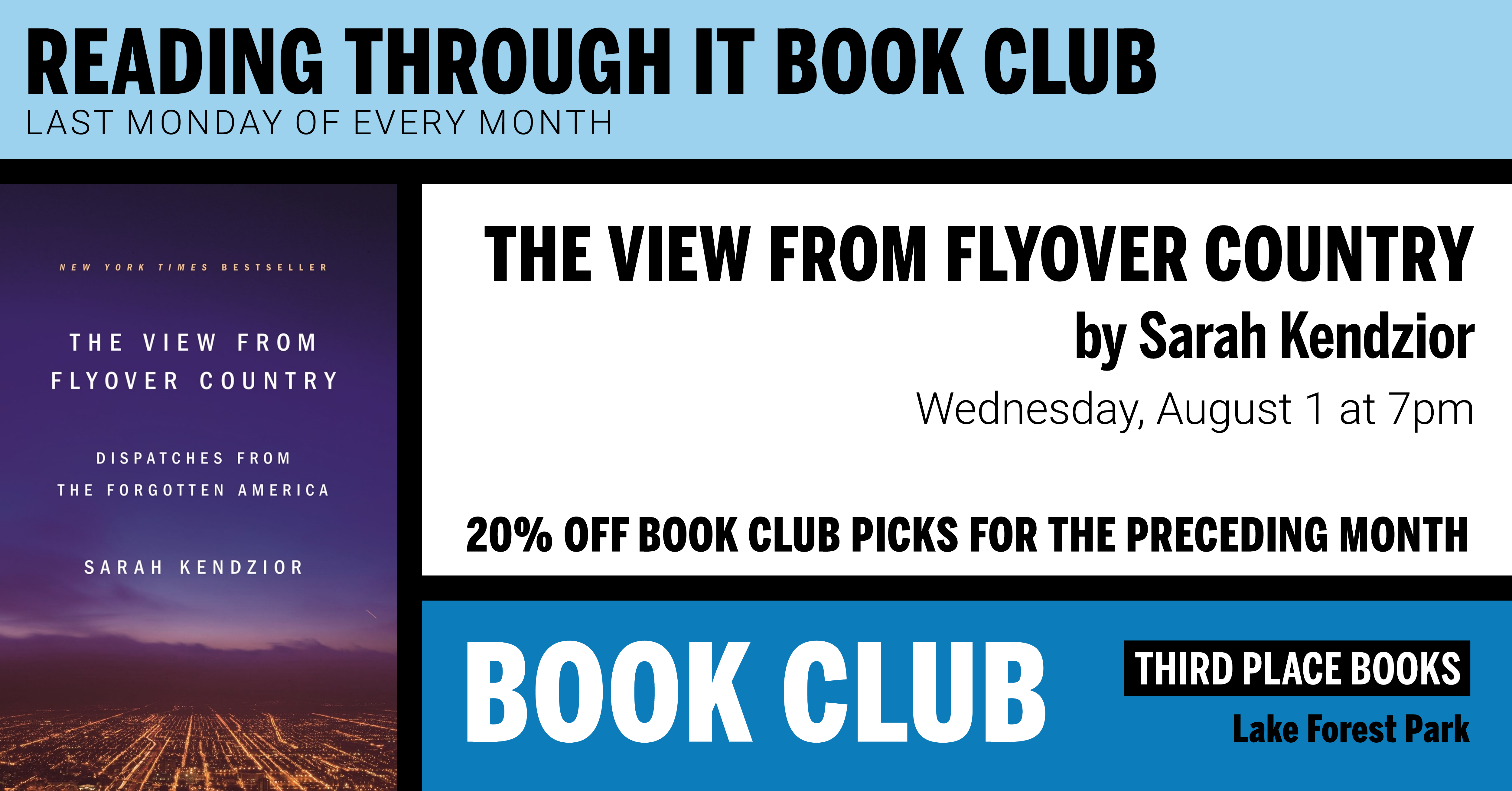 Our August selection is The View from Flyover Country: Dispatches from the Forgotten America by Sarah Kendzior

"A collection of sharp-edged, humanistic pieces about the American heartland...Passionate pieces that repeatedly assail the inability of many to empathize and to humanize." -- Kirkus

In 2015, Sarah Kendzior collected the essays she reported for Al Jazeera and published them as The View from Flyover Country, which became an ebook bestseller and garnered praise from readers around the world. Now, The View from Flyover Country is being released in print with an updated introduction and epilogue that reflect on the ways that the Trump presidency was the certain result of the realities first captured in Kendzior's essays.

A clear-eyed account of the realities of life in America's overlooked heartland, The View from Flyover Country is a piercing critique of the labor exploitation, race relations, gentrification, media bias, and other aspects of the post-employment economy that gave rise to a president who rules like an autocrat. The View from Flyover Country is necessary reading for anyone who believes that the only way for America to fix its problems is to first discuss them with honesty and compassion.