Reading Through It Book Club - This America 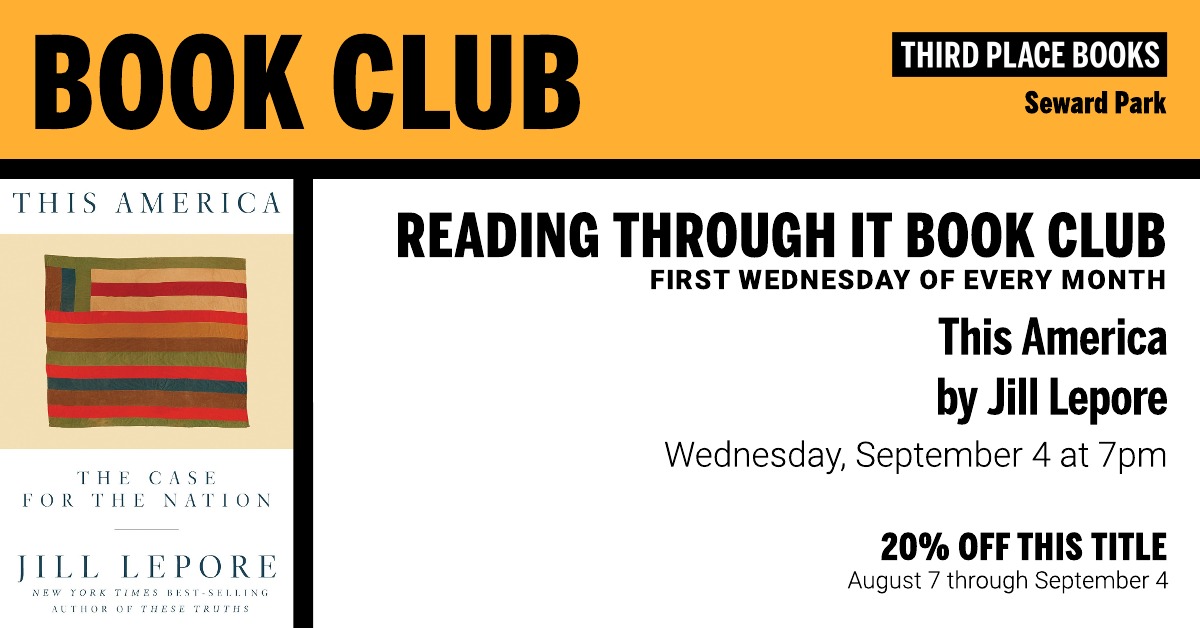 Our August selection is This America by Jill Lepore.

With dangerous forms of nationalism on the rise, Lepore, a Harvard historian and New Yorker staff writer, repudiates nationalism here by explaining its long history--and the history of the idea of the nation itself--while calling for a "new Americanism" a generous patriotism that requires an honest reckoning with America's past.

Lepore begins her argument with a primer on the origins of nations, explaining how liberalism, the nation-state, and liberal nationalism, developed together. Illiberal nationalism, however, emerged in the United States after the Civil War--resulting in the failure of Reconstruction, the rise of Jim Crow, and the restriction of immigration. Much of American history, Lepore argues, has been a battle between these two forms of nationalism, liberal and illiberal, all the way down to the nation's latest, bitter struggles over immigration.

A manifesto for a better nation, and a call for a "new Americanism," This America reclaims the nation's future by reclaiming its past.

This America: The Case for the Nation (Hardcover)