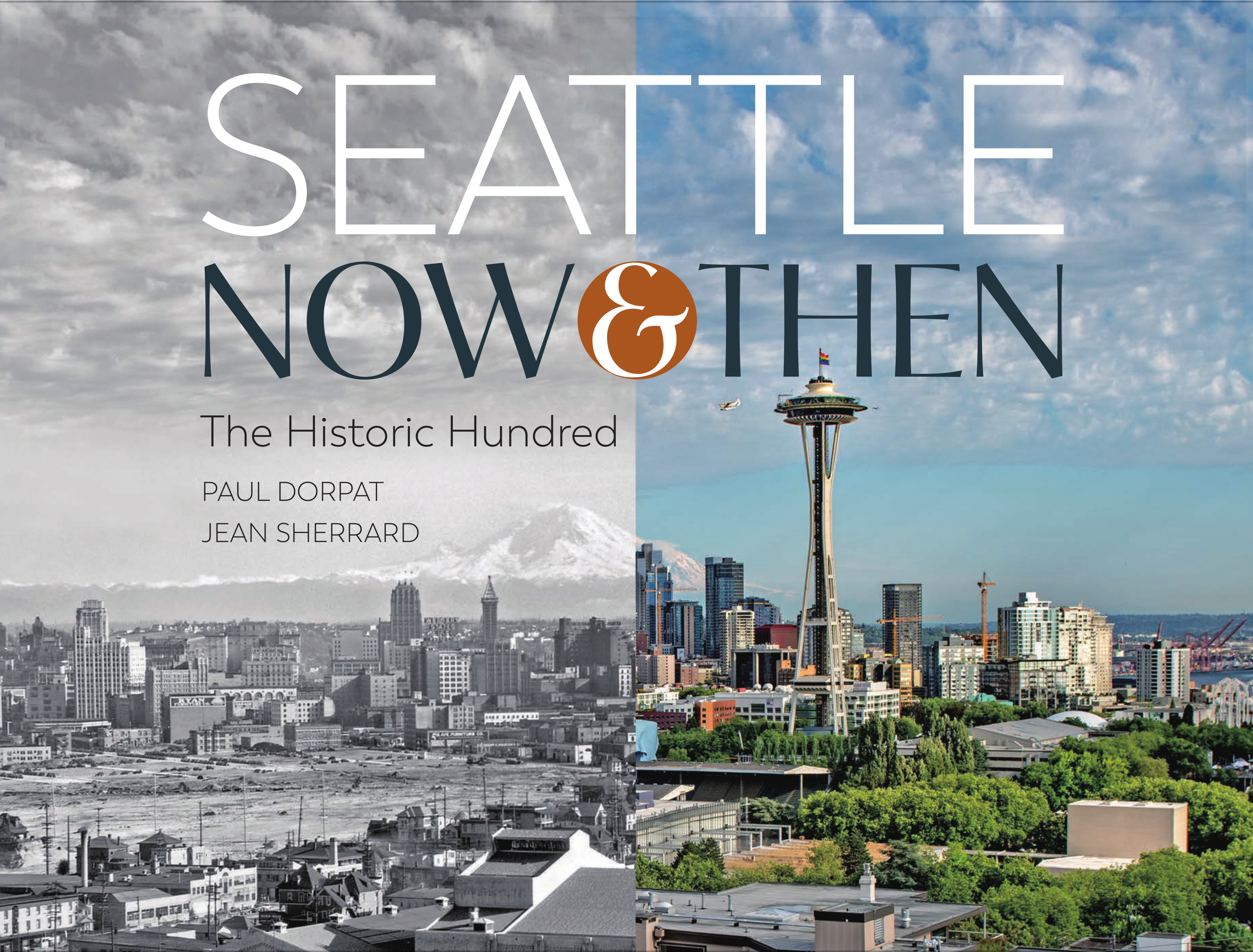 A new and inspiring compilation of a lifetime of documenting the city's heritage by Seattle public historian, Paul Dorpat. The most compelling and essential of Paul's 1,800 photo-history columns for the Sunday magazine of The Seattle Times. Each stunning "then" image is paired with a new, matching full-color "now" photographed by Jean Sherrard.

Jean Sherrard, a photographer, writer, and actor, began working with Paul Dorpat nearly 20 years ago; together, they have produced "BumberChronicals" for KCTS-9, a video history of Bumbershoot; and the book Washington Then & Now, a photo-history of Washington State. In 2006, Jean began taking the "now" photographs for their Seattle Times feature. Their ongoing collaboration is represent by Seattle Now & Then: The Historic Hundred.

"Every urban ziggurat has a unique story, and Seattle is morphing with dizzying speed into a future self. We all need to take a breath and pick up this remarkable book. Pour a drink, settle into your favorite chair, and let it build you a bridge to who we are and where we come from." - Tom Douglas, Seattle restaurateur

"Paul Dorpat is the undisputed champion of telling the story of Seattle through photography. His partnership with contemporary photographer Jean Sherrard makes this book the jewel in his crown. A must-have for any collector of Northwest books. - Marie McCaffrey, co-founder of HistoryLink

"Each time I pick up a new Paul Dorpat book, I find myself in another voyage of discovery, experiencing the story of our remarkable city as nowhere else. This newest Dorpat with Jean Sherrard's wonderful contemporary photography empowers us to peel the onion of Seattle's evolution--but without the tears!" - Greg Nickels, former Seattle mayor

"The beauty, depth and rhythm of Seattle are found in the hearts, minds and souls of those who built, lived, worked and played in it. I am thankful for this walk through memory lane and the reinforcement of our dynamic city. It gives us life and legacy." - Norm Rice, former Seattle mayor