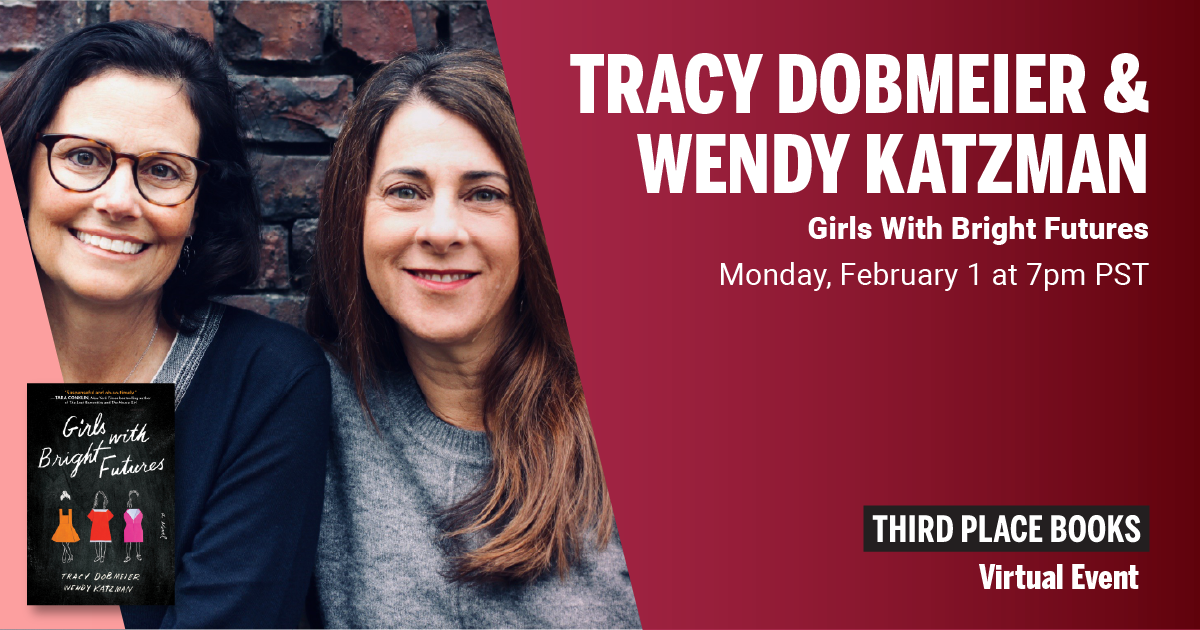 The perfect book club read with a suspenseful bite—when it comes to their daughters’ future, three women are about to discover if there are any lines not worth crossing...

College admissions season at Seattle’s Elliott Bay Academy is marked by glowing acceptances from top-tier institutions and students as impressive as their parents are ambitious. But when Stanford alerts the school it’s allotting only one spot to EBA for their incoming class, three mothers discover the competition is more cutthroat than they could have imagined.

Tech giant Alicia turns to her fortune and status to fight for her reluctant daughter’s place at the top. Kelly, a Stanford alum, leverages her PTA influence and insider knowledge to bulldoze the path for her high-strung daughter. And Maren makes three: single, broke, and ill-equipped to battle the elite school community aligning to bring her superstar down.

That’s when, days before applications are due, one of the girls suffers a near-fatal accident, one that doesn’t appear to be an accident at all.

As the community spirals out of control, three women will have to decide what lines they’re willing to cross to secure their daughters’ futures…and keep buried the secrets that threaten to destroy far more than just college dreams.

For readers of The Gifted School, Girls with Bright Futures combines the college admissions scandal with the edge of Big Little Lies, the snark of Class Mom, and the schadenfreude of watching the elite implode.

Tracy Dobmeier and Wendy Katzman have been great friends for over 20 years. Their friendship has sustained them through the ups and downs of raising kids, juggling careers, and creating new family traditions. GIRLS WITH BRIGHT FUTURES, their debut novel, is a dark, suspenseful journey into the cutthroat world of college admissions that will release on February 2nd, 2021. Between the two of them, they have undergraduate degrees from Princeton University and the University of Michigan, a law degree from UC Berkeley, careers in marketing, non-profit leadership and biotechnology law, two husbands, and four kids (three of whom have survived the college admissions process without a single parent landing in jail). Connect with Tracy and Wendy on Instagram at @katzndobs or www.dobmeierkatzman.com.

Kelly Herrington began his career as an Associate Dean of Admissions and Director or International Admissions at Union College.  For the past fifteen years he has served as the Director of College Counseling and Student Services at University Prep in Seattle, WA.  He received his master’s degree from the University of Pennsylvania, and his articles have appeared in the Washington Post, the National Association for College Admissions Counseling Journal, and most prominently in his grandmother’s scrapbook.  Kelly has served on National Association for College Admissions Counseling’s Human Relations Committee, the Coca Cola Scholarship Selection Committee, and numerous high school and college committees on access and equity. For the past ten years, Kelly has volunteered as a program adviser and college counselor for Hamilton Scholars, a national scholarship program for low income students, and he was the recipient of NACAC’s rising star award in 2003 and the organization’s John Muir Editor’s Award in 2005; he received the CTCL Counselors That Change Lives Award in 2013.  In his spare time Kelly enjoys running, biking, triathlons, and hiking with his dog Scout, who graduated from UCLA (the University of Canine Learning Academy) on her second attempt. A former nationally ranked figure skater, Kelly wrote his college essay about tripping Olympic Gold Medalist Scott Hamilton (by accident).