Live on Zoom! Tara Moss, in conversation with Gertie Hirsch - The War Widow 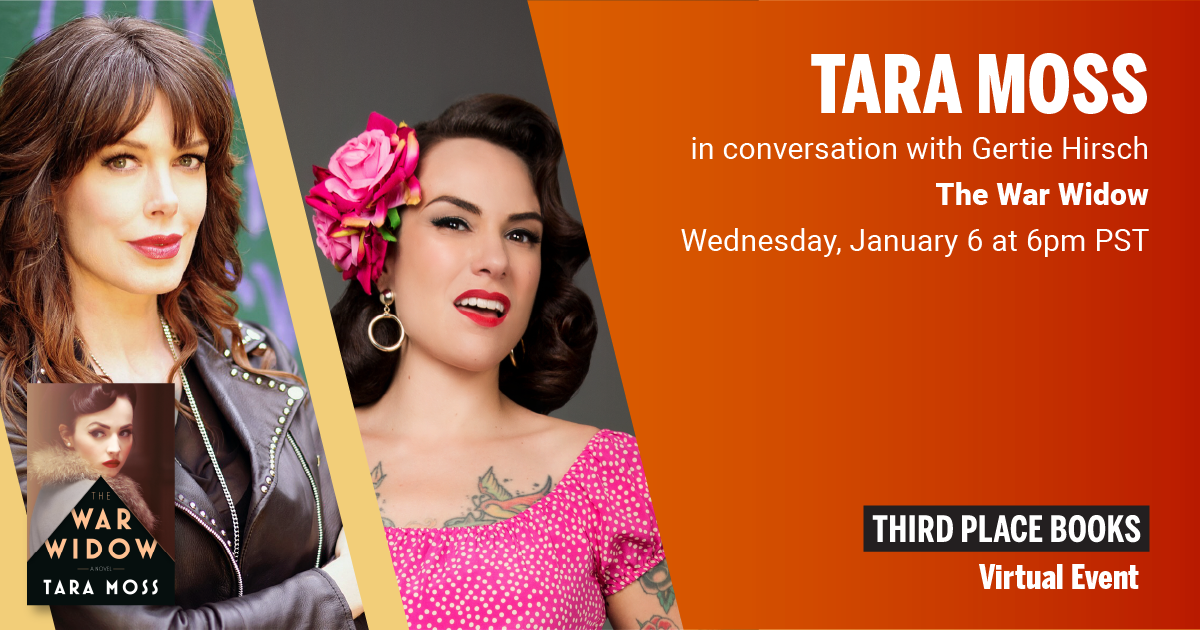 The war may be officially over, but journalist Billie Walker's search for a missing young immigrant man will plunge her right back into the danger and drama she thought she'd left behind in Europe in this thrilling tale of courage and secrets set in glamorous postwar Sydney.

Sydney, 1946. Though war correspondent Billie Walker is happy to finally be home, for her the heady postwar days are tarnished by the loss of her father and the disappearance in Europe of her husband, Jack. To make matters worse, now that the war is over, the newspapers are sidelining her reporting talents to prioritize jobs for returning soldiers. But Billie is a survivor and she's determined to take control of her own future. So she reopens her late father's business, a private investigation agency, and, slowly, the women of Sydney come knocking.

At first, Billie's bread and butter is tailing cheating husbands. Then, a young man, the son of European immigrants, goes missing, and Billie finds herself on a dangerous new trail that will lead up into the highest levels of Sydney society and down into its underworld. What is the young man’s connection to an exclusive dance club and a high class auction house? When the people Billie questions about the young man start to turn up dead, Billie is thrown into the path of Detective Inspector Hank Cooper. Will he take her seriously or will he just get in her way? As the danger mounts and Billie realizes that much more than one young man’s life is at stake, it becomes clear that though the war was won, it is far from over.

Tara Moss is an internationally bestselling author, human rights activist, documentary host, and model. Her crime novels have been published in nineteen countries and thirteen languages, and her memoir, The Fictional Woman, was a #1 international bestseller. She is a UNICEF Goodwill Ambassador and has received the Edna Ryan Award for significant contributions to feminist debate and for speaking out for women and children, and in 2017 she was recognized as one of the Global Top 50 Diversity Figures in Public Life.

Gretchen "Gertie" Hirsch is a  passionate home seamstress, a sought-after sewing teacher, and the creator of one of the web’s most popular sewing blogs: Gertie’s New Blog for Better Sewing. She has written five books including Gertie Sews Jiffy Dresses and Gertie's New Book for Better Sewing. Gretchen now produces her own independent pattern line called Charm Patterns, creates exclusive content for her Patreon subscribers, and makes inspiring videos and tutorials for her YouTube channel Gertie’s World.