Live on Zoom! Jo Nesbo, in conversation with Harlan Coben - The Kingdom 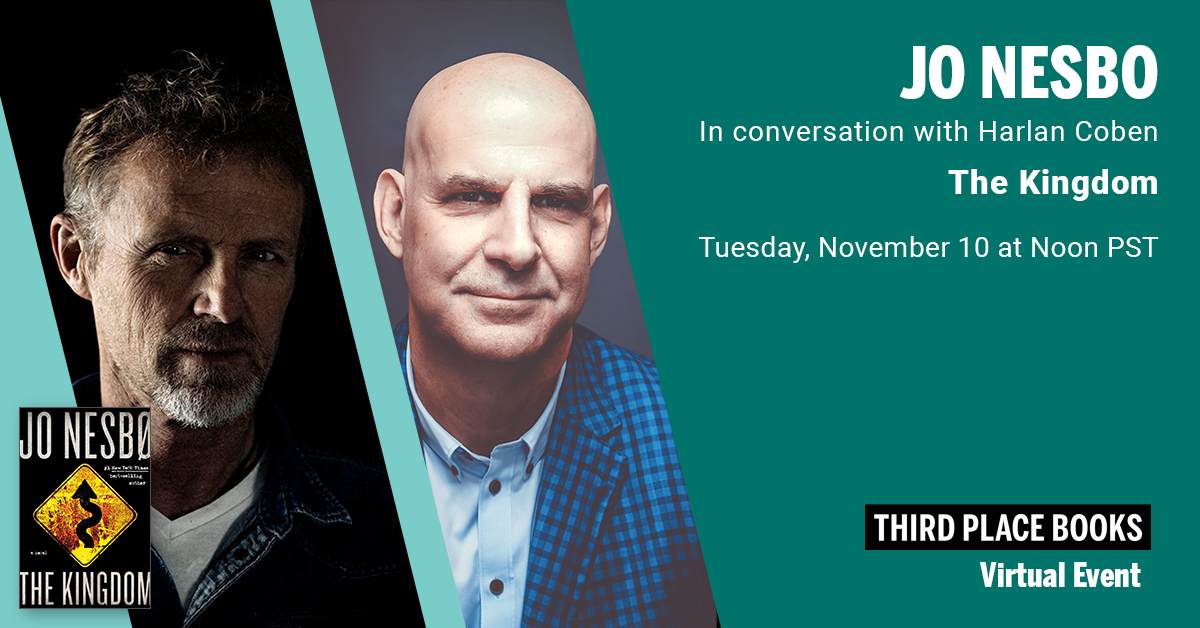 Roy and Carl have spent their whole lives running from the darkness in their past, but when Carl finally returns to make peace with it, the two brothers are inexorably drawn into a reckoning with their own demons.

Roy has never left the quiet mountain town he grew up in, unlike his little brother Carl who couldn't wait to get out and escape his troubled past. Just like everyone else in town, Roy believed Carl was gone for good. But Carl has big plans for his hometown. And when he returns with a mysterious new wife and a business opportunity that seems too good to be true, simmering tensions begin to surface and unexplained deaths in the town's past come under new scrutiny. Soon powerful players set their sights on taking the brothers down by exposing their role in the town's sordid history.

But Roy and Carl are survivors, and no strangers to violence. Roy has always protected his younger brother. As the body count rises, though, Roy's loyalty to family is tested. And then Roy finds himself inextricably drawn to Carl's wife, Shannon, an attraction that will have devastating consequences. Roy's world is coming apart and soon there will be no turning back. He'll be forced to choose between his own flesh and blood and a future he had never dared to believe possible.

Jo Nesbo is a musician, songwriter, economist, and #1 New York Times best-selling author. He has won the Raymond Chandler Award for Lifetime Achievement as well as many other awards. His books have sold 45 million copies worldwide and have been translated into 50 languages. His Harry Hole novels include The Redeemer, The Snowman, The Leopard, Phantom, and most recently Knife, and he is also the author of The Son, Headhunters, Macbeth, and several children's books. He lives in Oslo.

With more than seventy-five million books in print worldwide, Harlan Coben is the #1 New York Times bestselling author of numerous suspense novels, including Run Away, Don't Let Go, Home, and Fool Me Once, as well as the multi-award-winning Myron Bolitar series. His books are published in forty-four languages around the globe and have been number one bestsellers in more than a dozen countries.  The Boy From The Woods is his 32nd book and a # 1 New York Times bestseller.  Coben is also the creator and executive producer of many television shows, including the critically acclaimed Netflix Original dramas Harlan Coben’s The Stranger starring Richard Armitage, Stephen Rea and Jennifer Saunders and Harlan Coben’s Safe starring Michael C. Hall. Coben is developing 14 projects with Netflix in the US and internationally, including original series in Poland (The Woods) and in Spain (The Innocent).