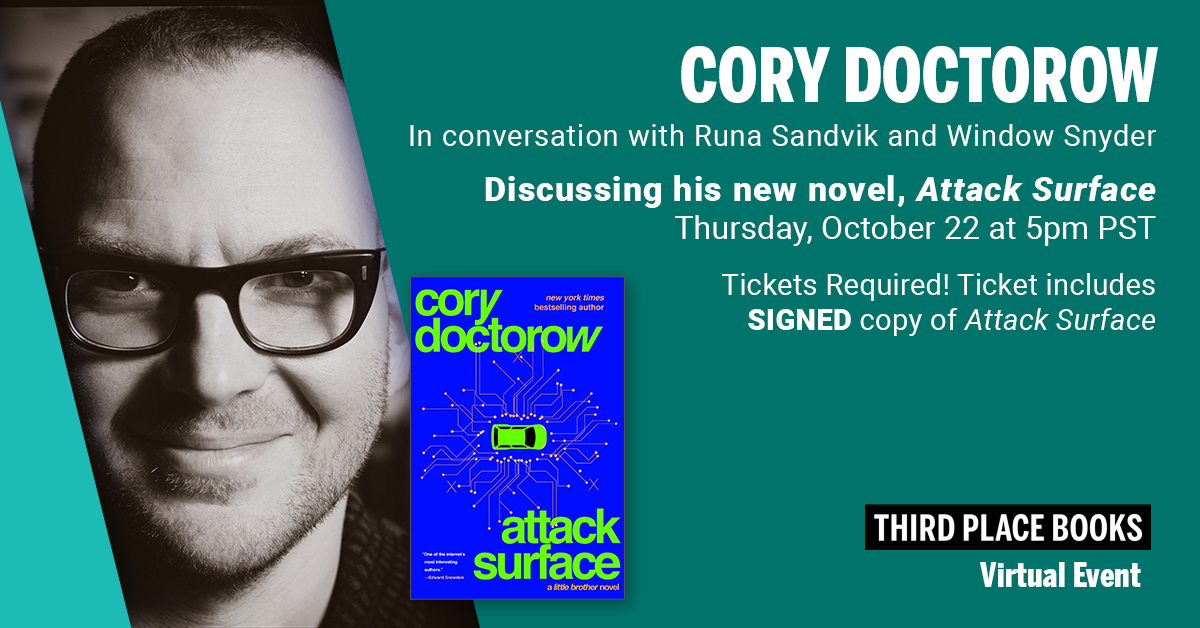 This is a livestream event, taking place via Zoom Webinar. Tickets are required - purchase tickets here!

Most days, Masha Maximow was sure she'd chosen the winning side.

In her day job as a counterterrorism wizard for a transnational cybersecurity firm, she made the hacks that allowed repressive regimes to spy on dissidents, and manipulate their every move. The perks were fantastic, and the pay was obscene.

Just for fun, and to piss off her masters, Masha sometimes used her mad skills to help those same troublemakers evade detection, if their cause was just. It was a dangerous game and a hell of a rush. But seriously self-destructive. And unsustainable.

When her targets were strangers in faraway police states, and she was enjoying the creature comforts of her green zone bubbles, it was easy to compartmentalize, to ignore the collateral damage of murder, rape, and torture.

But when the hacks and exploits Masha devised are directed at her friends and family—including boy wonder Marcus Yallow, her old crush and archrival, and his entourage of naïve idealists—Masha realized she had to choose.

And whatever choice she made, someone was going to get hurt.

Cory Doctorow is a regular contributor to the Guardian, Locus, and many other publications. His award-winning novel Little Brother was a New York Times bestseller, as is its sequel, Homeland. His novella collection Radicalized was a CBC Best Fiction of 2019 selection. He lives with his family in Los Angeles.

Runa Sandvik works on digital security for journalists. Her work builds upon experience from her time at The New York Times, Freedom of the Press Foundation, and The Tor Project. She is a board member of the Norwegian Online News Association, and an advisor to The Signals Network. Runa is also an international sake sommelier, enjoys world travel, and tweets as @runasand.

Window Snyder is an American computer security expert, currently working as the Chief Security Officer at Square. She has previously been a top security officer at Apple, Fastly, Intel and Mozilla Corporation. She was also a Senior Security Strategist at Microsoft. She is co-author of Threat Modeling, a standard manual on application security.