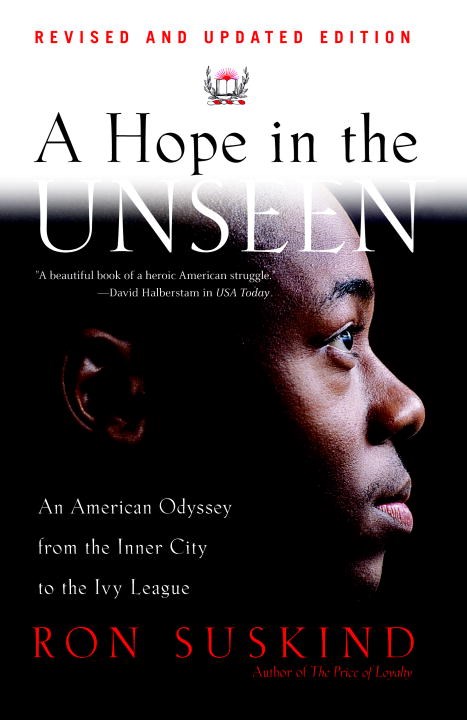 All current book club titles are always 20% off

At Ballou Senior High, a crime-infested school in Washington, D.C., honor students have learned to keep their heads down. Like most inner-city kids, they know that any special attention in a place this dangerous can make you a target of violence.

But Cedric Jennings will not swallow his pride, and with unwavering support from his mother, he studies and strives as if his life depends on it--and it does. The summer after his junior year, at a program for minorities at MIT, he gets a fleeting glimpse of life outside, a glimpse that turns into a face-on challenge one year later: acceptance into Brown University, an Ivy League school. At Brown, finding himself far behind most of the other freshmen, Cedric must manage a bewildering array of intellectual and social challenges.

Cedric had hoped that at college he would finally find a place to fit in, but he discovers he has little in common with either the white students, many of whom come from privileged backgrounds, or the middle-class blacks. Having traveled too far to turn back, Cedric is left to rely on his faith, his intelligence, and his determination to keep alive his hope in the unseen--a future of acceptance and reward that he struggles, each day, to envision.

Our next meeting will be September 24, when we will discuss Pachinko by Min Jin Lee.

A Hope in the Unseen: An American Odyssey from the Inner City to the Ivy League (Paperback)