Lit Wits: A Teen Book Club - This Story is a Lie 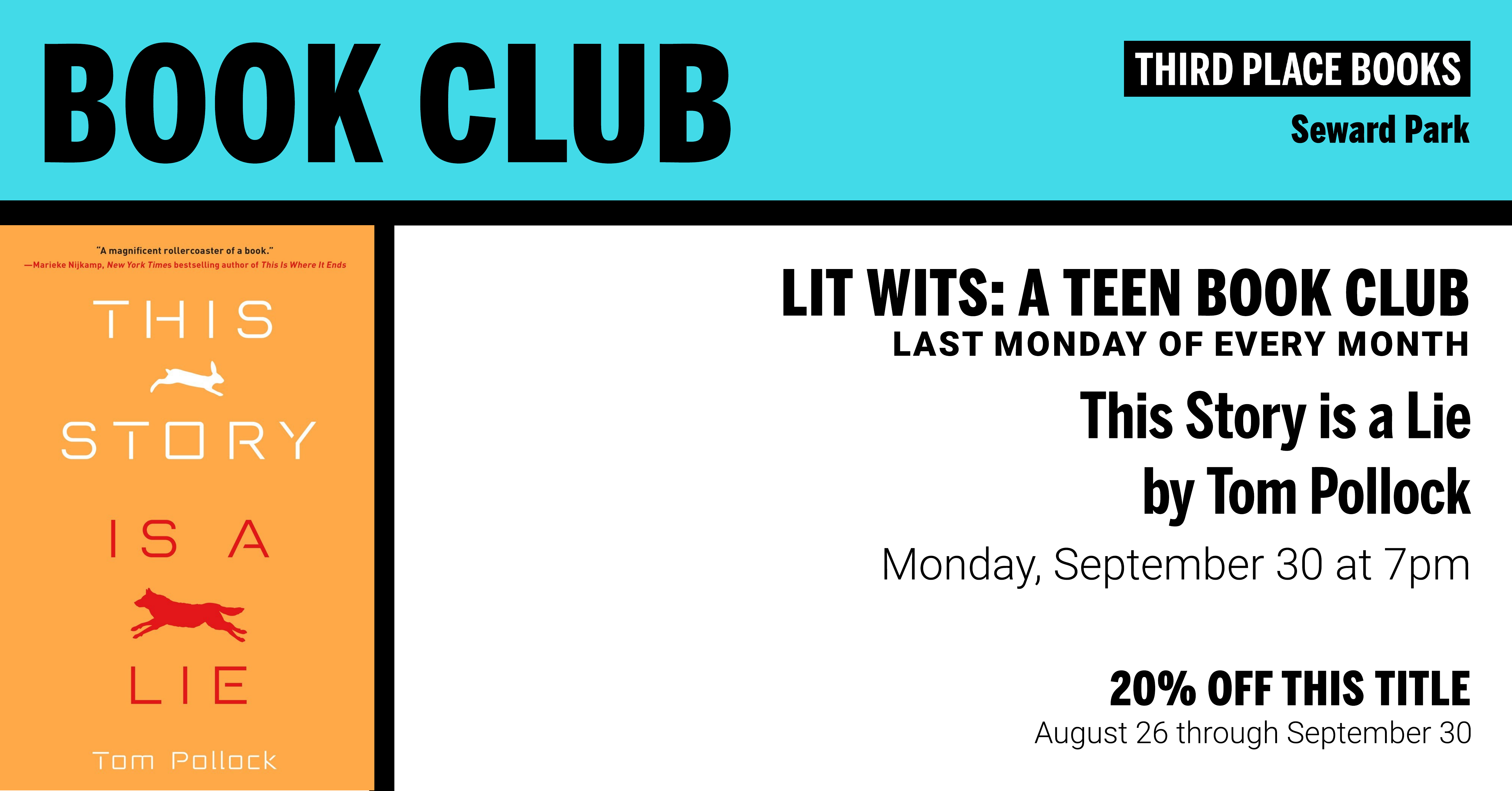 Join bookseller Avery for snacks and chats on This Story is a Lie by Tom Pollock on Monday, September 30 at 7pm. Every month our selected title is discounted 20% through the date of the book club. Ages 13-19 recommended, no purchase required. The Lit Wits meet on the last Monday of every month.

A YA thriller described as The Curious Incident of the Dog in the Night-Time meets John le Carré, about a teen math prodigy with an extreme anxiety disorder who finds himself caught in a web of lies and conspiracies after an assassination attempt on his mother.

Seventeen-year-old Peter Blankman is a math genius. He also suffers from devastating panic attacks. Pete gets through each day with the help of his mother--a famous scientist--and his beloved twin sister, Bel.

But when his mom is nearly assassinated in front of his eyes and Bel disappears, Pete finds himself on the run. Dragged into a world where state and family secrets intertwine, Pete must use his extraordinary analytical skills to find his missing sister and track down the people who attacked his mother. But his greatest battle will be with the enemy inside: the constant terror that threatens to overwhelm him.

Weaving between Pete's past and present, This Story Is a Lie is a testimony from a protagonist who is brilliant, broken and trying to be brave.