KCLS Livestream: Thrity Umrigar with Nalini Iyer - The Secrets Between Us 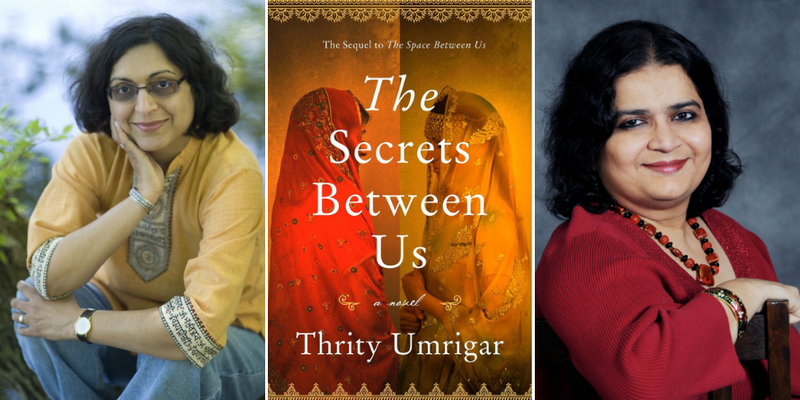 Join us for a conversation with Thrity Umrigar, bestselling author of The Secrets Between Us, and many other novels. Seattle University professor Nalini Iyer will moderate.

Thrity Umrigar is the best-selling author of the novels The Secrets Between Us, Bombay Time, The Space Between Us, If Today Be Sweet, The Weight of Heaven, The World We Found and The Story Hour. She is also the author of the memoir, First Darling of the Morning. Her books have been translated into several languages and published in over fifteen countries. She is the winner of of the Cleveland Arts Prize, a Lambda Literary award, the Seth Rosenberg prize, and a Nieman fellowship.

Born in Bombay, India, Thrity came to the United States as a young adult. She earned a MA in journalism and worked for several years as an award-winning journalist while earning a PhD in English Literature. She is currently the Armington Professor of English at Case Western Reserve University.

Nalini Iyer is Professor of English at Seattle University and current holder of the Theiline Pigott-McCone Endowed Chair for the Humanities. She teaches postcolonial studies including South Asian and African writing  and courses on postcolonial and transnational feminisms. She has published three books and numerous articles and book chapters, and her research focuses on three interrelated areas: the hegemony of Anglophone writing in South Asia, South Asian diaspora studies, and Partition Studies. Her publications include the following: Other Tongues: Rethinking the Language Debates in India, Roots and Reflections: South Asians in the Pacific Northwest, and Revisiting India’s Partition: New Essays in Memory, Culture, and Politics. She is the Chief Editor of South Asian Review. She is currently working on a monograph that examines racialization in South Asian American literature and is co-editing (with Pallavi Rastogi) a volume on teaching Anglophone South Asian Diasporic Literature. She frequently reviews South Asian American writing for the International Examiner.