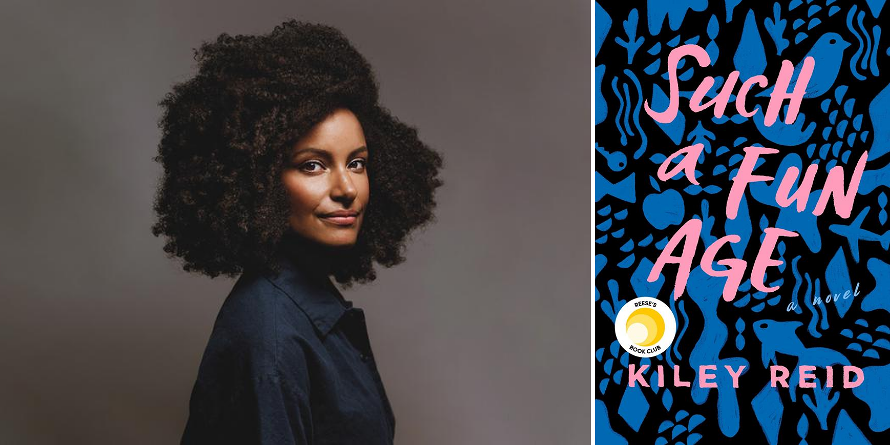 Join a conversation with Kiley Reid, author of Such A Fun Age. Helena Stephens will moderate.

Reid’s debut novel, Such a Fun Age, follows a Black babysitter named Emira and the white mother, Alix, who employs her. A harrowing experience propels the novel, in which Emira is confronted at a supermarket while watching Alix’s toddler one night, walking the aisles of their local high-end supermarket. The store’s security guard, seeing a young Black woman out late with a white child, accuses Emira of kidnapping the two-year-old. What follows is a sequence of events that intertwines Emira and Alix’s lives and digs into the complexities of benevolent racism.

Over a year before the book’s publication, acclaimed producer and actress Lena Waithe acquired the film rights to the story, and an adaptation is currently in the works. Such a Fun Age was a finalist for the NAACP Image Award in Outstanding Literary Work by a Debut Author. The novel is also nominated for the 2020 Booker Prize. Additionally, Reese Witherspoon, Well-Read Black Girl and Buzzfeed all chose the novel for their monthly book clubs.

During her time at the Iowa Writers’ Workshop, Reid was awarded the prestigious Truman Capote Fellowship and taught undergraduate creative writing workshops with a focus on race and class. She has had work featured in The New York Times and TIME, and her short stories have appeared in several notable publications like Playboy, Ploughshares, December, New South and Lumina. Reid lives in Philadelphia.

Kiley Reid is the instant New York Times-bestselling author of Such a Fun Age, a critically acclaimed new novel that shines a bright light on the subtle, yet deeply impactful aspects of race and privilege in America. Reid earned her MFA from the Iowa Writers’ Workshop and has been described as an exciting new voice in the literary scene. In honest and compelling talks, Reid weaves together her writing methods with the process of writing about timely, relevant issues like race and class with unflinching honesty.