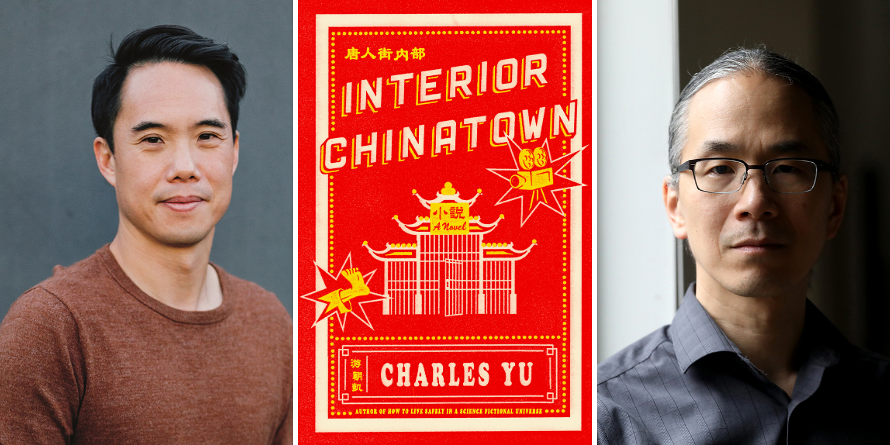 Hailed for his sharp wit and incisive social commentary, Charles Yu is an acclaimed author and screenwriter whose work is as inventive as it is moving. Interior Chinatown, his fourth and most recent novel, is at once a satirical meditation on immigration, assimilation, and Hollywood stereotyping of Asian Americans and a touching portrait of a family. A National Book Award winner and a “Most Anticipated Book” by Entertainment Weekly, TIME, The Rumpus, and others, Interior Chinatown follows the story of Willis Wu, who has been cast in the role of “Generic Asian Man” in the ongoing procedural cop show “Black and White,” as he struggles to transcend the rigid and reductive roles available to those who look like him.

Both extensively researched and startlingly original, Interior Chinatown is a profound and topical exploration of the weight of stereotypes, racism, and assimilation in American culture. Yu’s previous novel, How to Live Safely in a Science Fictional Universe, was a New York Times Notable Book and a TIME Top 10 Fiction Book of 2010.

Charles Yu is a recipient of the National Book Foundation’s 5 Under 35 Award, and he was nominated for two Writers Guild of America Awards for his screenwriting work on the HBO series, Westworld. In addition to writing for Westworld, Yu has been on writing staffs for shows on FX and AMC. His fiction and nonfiction have appeared in The New Yorker, The New York Times, The Wall Street Journal and Wired, among other publications. He lives in Southern California.

Ted Chiang's fiction has won four Hugo, four Nebula, and six Locus Awards, and has been reprinted in Best American Short Stories. His first collection Stories of Your Life and Others has been translated into twenty-one languages, and the title story was the basis for the Oscar-nominated film Arrival starring Amy Adams. His second collection, Exhalation, was chosen by The New York Times as one of the 10 Best Books of 2019.