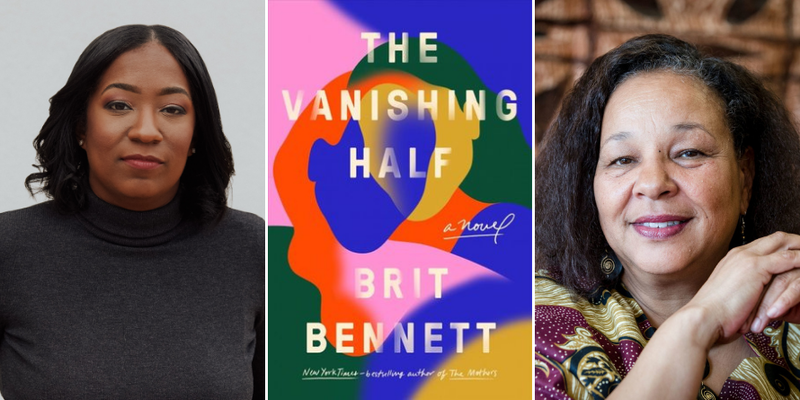 Join us for a conversation with Brit Bennett, author of the New York Times bestseller The Vanishing Half. Dr. Marcia Tate Arunga will moderate.

When Brit Bennett’s debut novel The Mothers was published in the fall of 2016, critics and readers were immediately dazzled by this exciting new voice in literary fiction. Bennett was named a 5 Under 35 honoree by the National Book Foundation and the book was longlisted for the NBCC John Leonard First Novel Prize and the PEN/Robert W. Bingham Prize for Debut Fiction.

The Mothers is a surprising story about young love and the things that ultimately haunt us most. Set within a contemporary Black community in Southern California, Bennett’s first novel is an emotionally perceptive story about ambition, community, and love.

In the New York Times #1 bestseller and Good Morning America June Book Club pick, The Vanishing Half, Bennett returns the readers to California for another emotionally perceptive story. This engrossing page-turner explores the lasting influence of the past as it shapes a person’s decisions, desires, and expectations. n her talks and her work, she examines the role writing plays in documenting racial injustice and contemporary Black experience.

Brit Bennett, before publishing her novel, had already built an impressive platform as a social commentator. Her essay in Jezebel, following the Ferguson riots, was shared over a million times. Since then she has been invited to write several Op-Eds in the New York Times, and appeared on NPR’s The Brian Lehrer show. Her work has also been featured in The New Yorker, The New York Times Magazine, and The Paris Review.

Marcia Tate Arunga is the Dean of the Evergreen State College Tacoma campus. A native of Seattle, Marcia is a renowned cultural artist, activist, and educator. She has long worked to improve racial equity and social justice. She has experience teaching intercultural communications, race, class, gender, sociology, and leadership. She is both a scholar and a practitioner. She has a PhD in organizational leadership and change, a Masters in Human Development, and a Bachelors in sociology. She is the author of the book, The Stolen Ones and How They Were Missed, which explores culture in the context of stories.