Drama Club - Gem of the Ocean 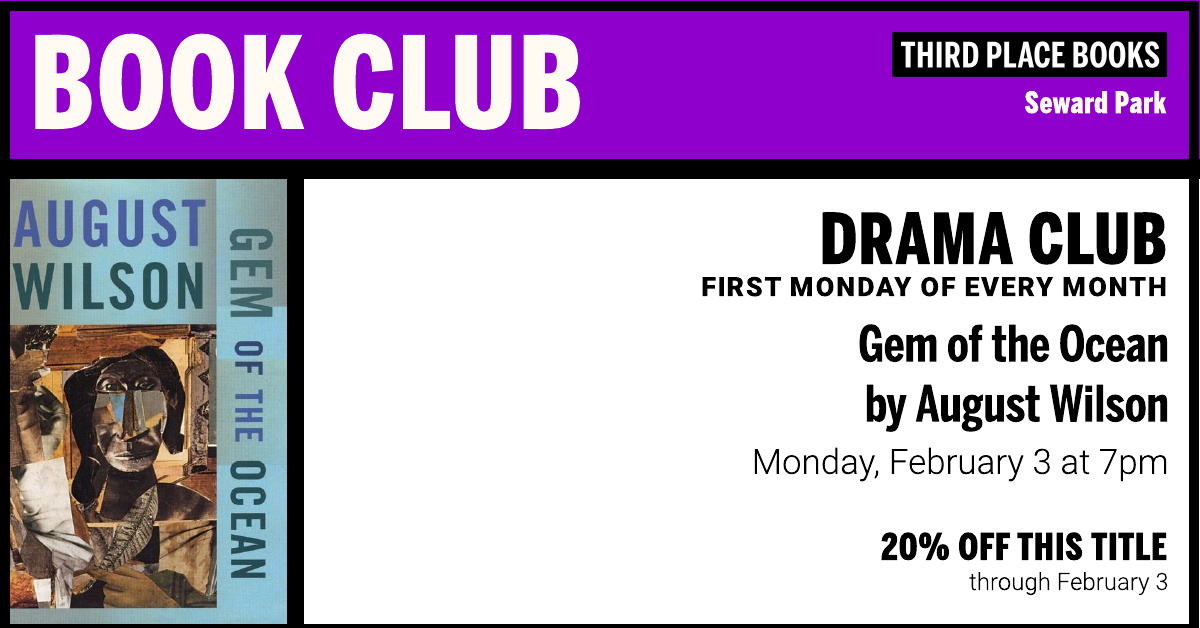 Join Bookseller & Playwright Mallery for a monthly discussion of a contemporary play with connections to the Pacific Northwest. Our first meeting will take place on Monday, February 3rd, discussing Gem of the Ocean by August Wilson.

Gem of the Ocean is the play that begins it all. Set in 1904 Pittsburgh, it is chronologically the first work in August Wilson's decade-by-decade cycle dramatizing the African American experience during the 20th century--an unprecedented series that includes the Pulitzer Prize-winning plays Fences and The Piano Lesson. Aunt Esther, the drama's 287-year-old fiery matriarch, welcomes into her Hill District home Solly Two Kings, who was born into slavery and scouted for the Union Army, and Citizen Barlow, a young man from Alabama searching for a new life. Gem of the Ocean recently played across the country and on Broadway, with Phylicia Rashad as Aunt Esther.

Earlier in 2005, on the completion of the final work of his ten play cycle-surely the most ambitious American dramatic project undertaken in our history-August Wilson disclosed his bout with cancer, an illness of unusual ferocity that would eventually claim his life on October 2. Fittingly the Broadway theatre where his last play will be produced in 2006 has been renamed the August Wilson Theater in his honor. His legacy will animate the theatre and stir the human heart for decades to come.

"No one except perhaps Eugene O'Neill and Tennessee Williams has aimed so high and achieved so much in the American theater."--John Lahr, The New Yorker

Gem of the Ocean (Paperback)