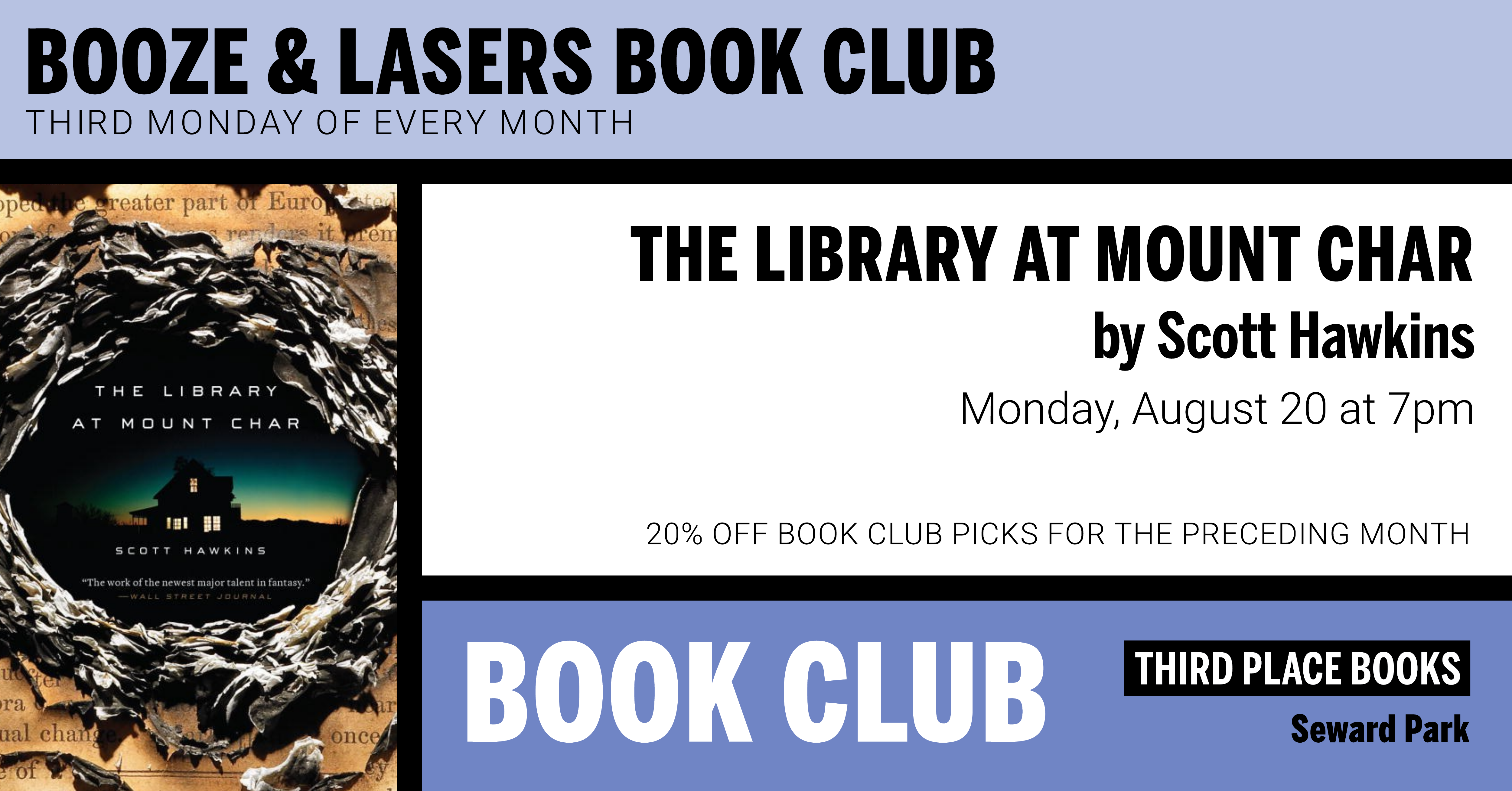 Join us in a discussion on this month's book, The Library at Mount Char by Scott Hawkins. Drink specials are available from Raconteur during book clubs and author readings, so grab a glass and join us for a lively literary discussion. Every month our selected titles are discounted 20% through the date of the book club. All are welcome, no purchase required. The Booze & Lasers book club meets on the third Monday of every month.

A missing God.
A library with the secrets to the universe.
A woman too busy to notice her heart slipping away.

Carolyn's not so different from the other people around her. She likes guacamole and cigarettes and steak. She knows how to use a phone. Clothes are a bit tricky, but everyone says nice things about her outfit with the Christmas sweater over the gold bicycle shorts.

After all, she was a normal American herself once.

That was a long time ago, of course. Before her parents died. Before she and the others were taken in by the man they called Father.

In the years since then, Carolyn hasn't had a chance to get out much. Instead, she and her adopted siblings have been raised according to Father's ancient customs. They've studied the books in his Library and learned some of the secrets of his power. And sometimes, they've wondered if their cruel tutor might secretly be God.

Now, Father is missing--perhaps even dead--and the Library that holds his secrets stands unguarded. And with it, control over all of creation.

As Carolyn gathers the tools she needs for the battle to come, fierce competitors for this prize align against her, all of them with powers that far exceed her own.

But Carolyn has accounted for this.

And Carolyn has a plan.

The only trouble is that in the war to make a new God, she's forgotten to protect the things that make her human.

Populated by an unforgettable cast of characters and propelled by a plot that will shock you again and again, The Library at Mount Char is at once horrifying and hilarious, mind-blowingly alien and heartbreakingly human, sweepingly visionary and nail-bitingly thrilling--and signals the arrival of a major new voice in fantasy.