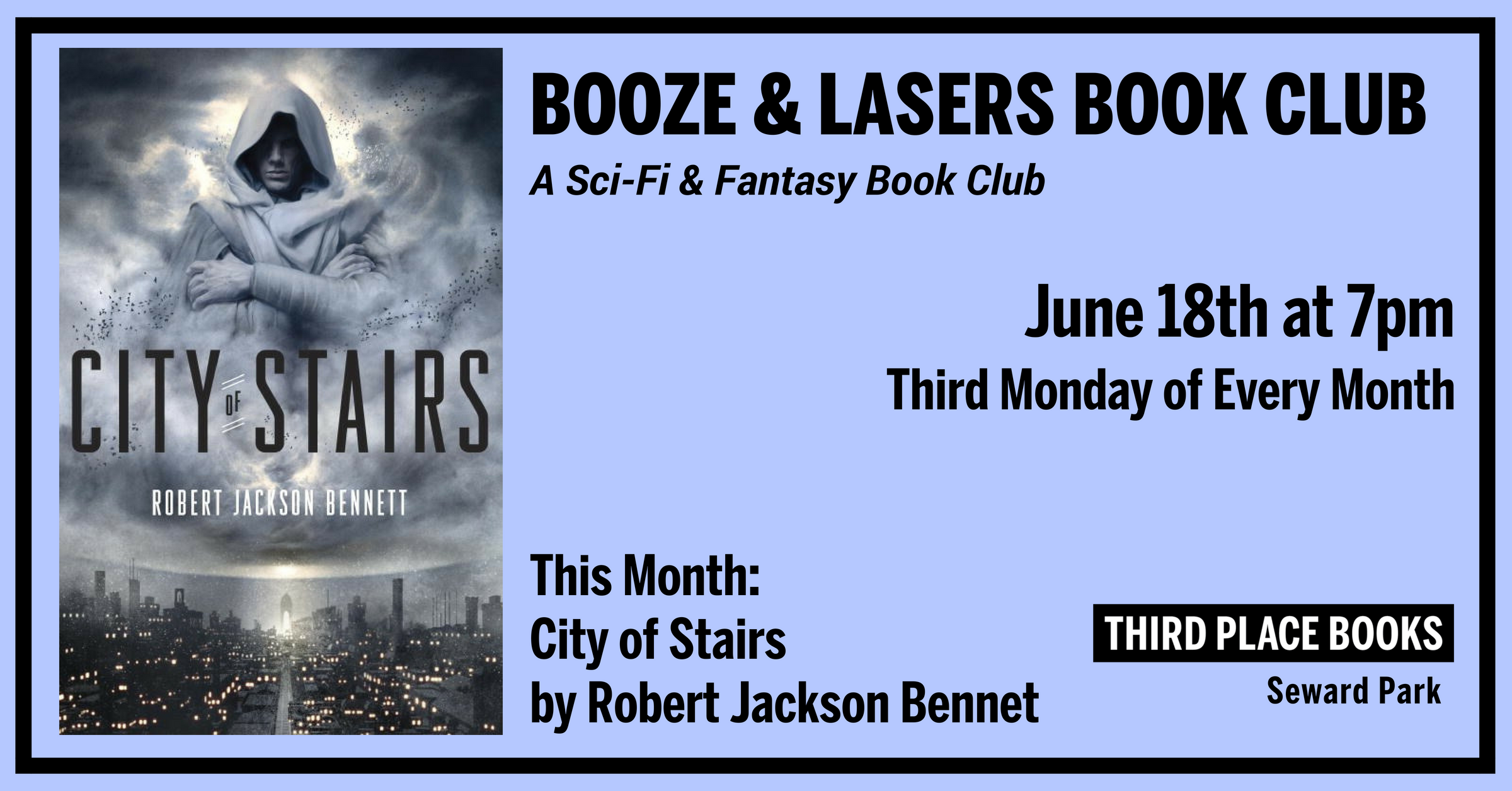 Join us in a discussion on this month's book, City of Stairs by Robert Jackson Bennett. Drink specials are available from Raconteur during book clubs and author readings, so grab a glass and join us for a lively literary discussion. Every month our selected titles are discounted 20% through the date of the book club. All are welcome, no purchase required. The Booze & Lasers book club meets on the third Monday of every month.

An atmospheric and intrigue-filled novel of dead gods, buried histories, and a mysterious, protean city--from one of America's most acclaimed young SF writers.

The city of Bulikov once wielded the powers of the gods to conquer the world, enslaving and brutalizing millions--until its divine protectors were killed. Now Bulikov has become just another colonial outpost of the world's new geopolitical power, but the surreal landscape of the city itself--first shaped, now shattered, by the thousands of miracles its guardians once worked upon it--stands as a constant, haunting reminder of its former supremacy.

Into this broken city steps Shara Thivani. Officially, the unassuming young woman is just another junior diplomat sent by Bulikov's oppressors. Unofficially, she is one of her country's most accomplished spies, dispatched to catch a murderer. But as Shara pursues the killer, she starts to suspect that the beings who ruled this terrible place may not be as dead as they seem--and that Bulikov's cruel reign may not yet be over.