The Lies Will Tell (Paperback) 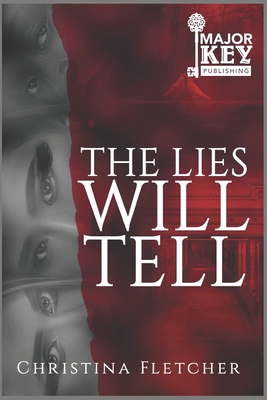 Champion Howard is mourning the tragic, unexpected death of her husband, Kyron. When the circumstances surrounding his death come to light, she begins the process of getting over him and moving on with her life. She meets Pierre who is everything she imagined. His good looks and charm sweep her off her feet, but she's still preoccupied and often distracted by finding out the truth behind Kyron's death. This upsets Pierre, but something isn't adding up, so she's determined to find out the truth and weed out the lies.Adrianna Martin is Champion's best friend and she's dating Kyron's twin brother, Byron. She gets caught up in Byron's obsession of finding the real reason behind his brother's death while fighting a battle of her own. Wearing her heart on her sleeve is what gets her involved in the life of one of her favorite students who need her help. Little did she know, she's going to get way more than she bargained for when her student only reveals half-truths about her situation.Gina Smith meets Champion and Adrianna, gaining the type of friendship with them she's always longed for. They seem to have their lives together and inspire her to want to do better with hers. Unfortunately, her abusive boyfriend, Marcus, is holding her back. He puts her up to the unthinkable, not only jeopardizing her well-being but also risking the safety of those around her. Things get out of hand and she comes up with so many lies to cover the hard, cold truth.Everyone is dishonest and constantly making things up, however, the lies everyone tells will eventually lead to the truth.