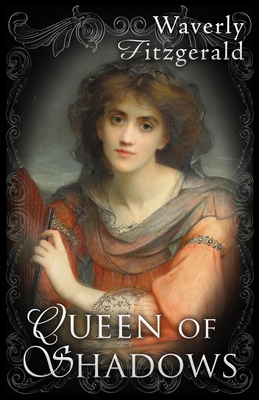 In gas-lit Victorian London, a's ance uncovers a murder...Isabel Grey, a trance medium, helps London's gentry contact their beloved dead. But she causes a public sensation when her's ance at the Society for Scientific Spiritualism goes awry, and Isabel's life is swiftly in jeopardy.Chaos unfolds as Isabel seeks the truth about the's ance's revelations: Accusations of murder by an angry spirit. Claims about a secret-and lost-child. Menace in a mansion that seems haunted. Allegations of deception, along with a new murder.Isabel enlists the aid of unlikely allies: a Pre-Raphaelite artist who paints his obsession; a friend from Isabel's Irish orphanage; and a skeptic who suspects Isabel defrauded his mother. With her allies, Isabel races to find the truth, unveiling many people's secrets while seeking peace for a menacing spirit.Waverly Fitzgerald revisits the world of her earlier Victorian romances, this time to create a vivid occult world in London society that resembles the world of the Hermetic Order of the Golden Dawn and its celebrities such as Aleister Crowley and William Butler Yeats.