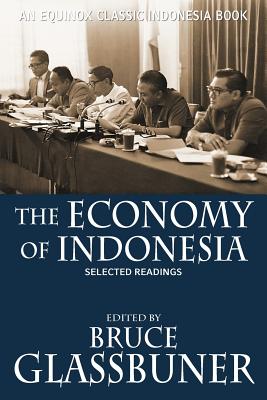 By Bruce Glassburner (Editor)
Unavailable at this time.

This book brings together thirteen of the most significant essays on the Indonesian economy. Included are articles by twelve leading authorities on economic policies, agriculture, population and manpower, industry, money, and finance. Many of these widely scattered articles are relatively inaccessible in their original form, and two have not been published previously. While these articles give the historical record of economic performance and policy since Indonesia achieved independence in 1949, they also convey the sectoral and institutional structure of the economic system. An extensive introduction and brief headnotes for each section have been provided by the editor.