A Bit of Candy in Hard Times (Paperback) 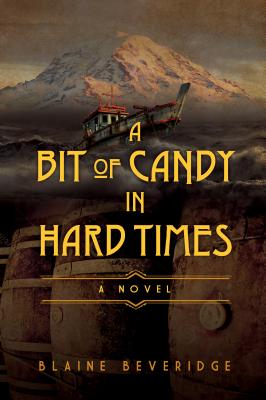 By Blaine Beveridge
$17.95
On our shelves now at one or more of our stores

What’s a man to do after the Coast Guard shoots up his boat, sinks it, and leaves him for dead off the coast of Maine? In the 1920s, at the height of prohibition, options are limited. Emmett Dougal, fisherman and rumrunner, feels it best to put some distance between him and his recent past, returning to his Puget Sound roots to start afresh. But home isn’t what it used to be, and Emmett finds himself embroiled in adventures of love, larceny, and organized labor. Despite this best efforts, life as an honest fisherman doesn’t pay what it needs to, and Emmett finds himself tempted back into the dangerous trade of rum running. The local police and the feds may be at odds with each other, but both have an unhealthy interest in prohibition and the men who break the rules.

Short-listed for the 2017 Somerset Awards and the 2017 Foreword Book Review Awards.

Blaine Beveridge is an alumnus of The Writer’s Program at UCLA and a former Program Administrator for Film and Television at UCLA Extension. He served four years as an executive board officer of the Pacific Northwest Writers Association. Blaine was also the Distinguished Graduate of the U.S. Army, Pacific, Leadership Academy (1972). He currently lives on an island in the Pacific Northwest with his wife and two, four-legged children Captain Bligh and Calliope.