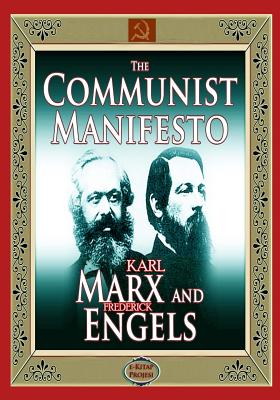 The "Manifesto of the Communist Party" was written by Marx and Engels as the Communist League's programme on the instruction of its Second Congress (London, November 29-December 8, 1847), which signified a victory for the followers of a new proletarian line during the discussion of the programme questions. When Congress was still in preparation, Marx and Engels arrived at the conclusion that the final programme document should be in the form of a Party manifesto (see Engels' letter to Marx of November 23-24, 1847). The catechism form usual for the secret societies of the time and retained in the "Draft of a Communist Confession of Faith" and "Principles of Communism," was not suitable for a full and substantial exposition of the new revolutionary world outlook, for a comprehensive formulation of the proletarian movement's aims and tasks. See also "Demands of the Communist Party in Germany," issued by Marx soon after publication of the Manifesto, which addressed the immediate demands of the movement. Marx and Engels began working together on the Manifesto while they were still in London immediately after the congress, and continued until about December 13 when Marx returned to Brussels; they resumed their work four days later (December 17) when Engels arrived there. After Engels' departure for Paris at the end of December and up to his return on January 31, Marx worked on the Manifesto alone. The first edition of the Manifesto was a 23-page pamphlet in a dark green cover. In April-May 1848 another edition was put out. The text took up 30 pages, some misprints of the first edition were corrected, and the punctuation improved. Subsequently this text was used by Marx and Engels as a basis for later authorised editions. Between March and July 1848 the Manifesto was printed in the Deutsche Londoner Zeitung, a democratic newspaper of the German emigrants. Already that same year numerous efforts were made to publish the Manifesto in other European languages. A Danish, a Polish (in Paris) and a Swedish (under a different title: "The Voice of Communism. Declaration of the Communist Party") editions appeared in 1848. The translations into French, Italian and Spanish made at that time remained unpublished. In April 1848, Engels, then in Barmen, was translating the Manifesto into English, but he managed to translate only half of it, and the first English translation, made by Helen Macfarlane, was not published until two years later, between June and November 1850, in the Chartist journal The Red Republican. Its editor, Julian Harney, named the authors for the first time in the introduction to this publication. All earlier and many subsequent editions of the Manifesto were anonymous.

Karl Marx (1818-1883) was a German philosopher, political economist, historian, political theorist, sociologist, communist, and revolutionary, whose ideas played a significant role in the development of modern communism. Marx summarized his approach in the first line of chapter one of The Communist Manifesto, published in 1848: "The history of all hitherto existing society is the history of class struggles." Marx argued that capitalism, like previous socioeconomic systems, would inevitably produce internal tensions which would lead to its destruction. Just as capitalism replaced feudalism, he believed socialism would, in its turn, replace capitalism, and lead to a stateless, classless society called pure communism. This would emerge after a transitional period called the "dictatorship of the proletariat": a period sometimes referred to as the "workers state" or "workers' democracy". In section one of The Communist Manifesto Marx describes feudalism, capitalism, and the role internal social contradictions play in the historical process: We see then: the means of production and of exchange, on whose foundation the bourgeoisie built itself up, were generated in feudal society. At a certain stage in the development of these means of production and of exchange, the conditions under which feudal society produced and exchanged...the feudal relations of property became no longer compatible with the already developed productive forces; they became so many fetters. They had to be burst asunder; they were burst asunder. Into their place stepped free competition, accompanied by a social and political constitution adapted in it, and the economic and political sway of the bourgeois class. A similar movement is going on before our own eyes....