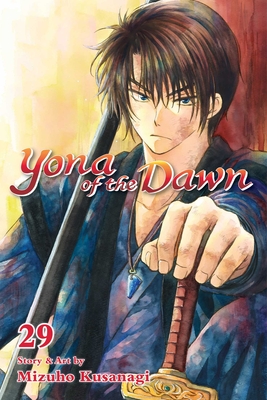 By Mizuho Kusanagi
$9.99
On our shelves now at one or more of our stores

A red-haired princess loses her family and her kingdom… Now she must rise and fight with her Dragon Warriors by her side!

Princess Yona lives an ideal life as the only princess of her kingdom. Doted on by her father, the king, and protected by her faithful guard Hak, she cherishes the time spent with the man she loves, Su-won. But everything changes on her 16th birthday when tragedy strikes her family!

The Kai Empire begins their plans to attack the Kingdom of Kohka, with North Kai leader Ying Kuelbo particularly interested in capturing the Dragon Warriors! When Yona and Jaeha are taken to Kai Empire against their will, Hak debates the unimaginable in order to save them—joining forces with the Kohka army!

Born on February 3 in Kumamoto Prefecture in Japan, Mizuho Kusanagi began her professional manga career with Yoiko no Kokoroe (The Rules of a Good Child) in 2003. Her other works include NG Life, which was serialized in Hana to Yume and The Hana to Yume magazines and published by Hakusensha in Japan. Yona of the Dawn was adapted into an anime in 2014.