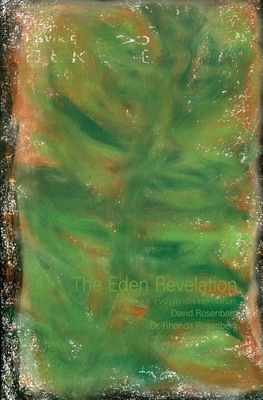 Today we diagnose extreme fantasies as a trait of the unconscious human mind. Prior to the 1990s, we might have echoed the physical symptoms of TB in Mann's sanatorium, which offered mountain air and "intellectual entertainment". Now, when we realize the disease within Eden was carried by a disguised serpent, we're made aware that fantasy and psychosis are its human equivalent, leading to wars and boundary-erasing animal-to-human transmission of pandemics. So that this time, in place of Mann's characters voicing bygone ironies, our original ecosystem-a buried Garden of Eden, where Homo sapiens evolved-is broken into by an archaeologist's Middle Eastern dig. It is where this novel begins its reckoning with the psychic attachments underlying sexuality.

Archaeologist Archibald Shechner, likewise, hears a singular voice breaking into his head. His colleagues fear a nervous breakdown. The novel itself at times seems to distill into a transcription, as if evolving into a new species of prose testimony. Yet the framework of its characters in search of their lost archaeologist colleague and his ancient scrolls remains firmly narrative. It is anchored in both cultural and natural history, suggesting a hopeful guide for "blind" evolution.