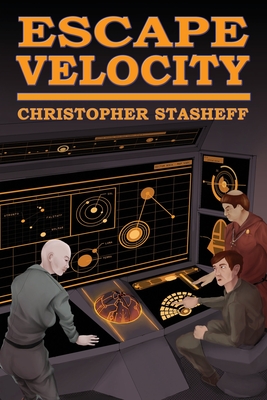 By Christopher Stasheff
$19.99
Out of stock, usually available in 3-10 days

Democracy is crumbling in the Interstellar Dominion Electorates as the reactionary LORDS party plans a coup to seize power. If Dar and Samantha can't get their message to Terra in time, nothing will prevent the forces of totalitarianism from taking control. What's more, every police ship in space has just been alerted that Dar and Samantha are dangerous telepaths to be shot on sight.

Dar and Sam meet a colorful cast of characters along to way who join their quest, including a wandering poet, a tech-savvy monk, and a wealthy medieval reenactor, to name just a few. Suspense and adventure abound as Dar and friends are pursued across the galaxy, from a far-flung prison planet to the capital on Earth, as they race to save the world from itself. The chase is on in this prequel to the Warlock of Gramarye series.