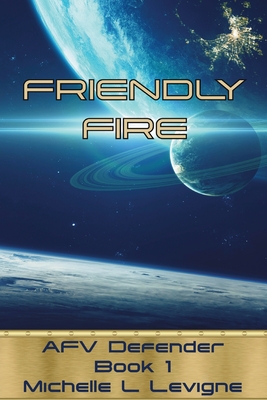 Captain Genys Arroyan has a problem with her shiny new command -- the dregs of the universe are laughing.

While the Defender is in spacedock, getting upgrades, Genys has to deal with mind-hunters and farting fur balls, merchants-of-insanity and diplomatic intrigue. Her Chief of Talents is hiding from forced matrimony and her new crewmembers aren't too happy to be transferred to the Nanny Ship.

Then she finds out that the insectoid Hivers have a taste for the brains of the children of her crew. Falling through a Chute to another galaxy might turn out to be a good thing, even if dangerous.

A rescue mission turns into a battle to save a race of miniature dragons from genocide. They might just be sentient -- but more important, dracs could turn out to be the defensive weapon the Alliance needs against the Hiver threat. Genys and her crew could end up breaking dozens of regulations in the quest to save dracs and maybe the Human race. Just how much trouble could teleporting, fire-breathing creatures with the personalities of four-year-olds cause on board a military vessel?

The misfit luck of the AFV Defender might finally be running out.