Murder on the Spanish Seas (Hardcover) 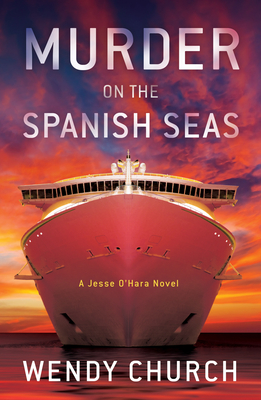 Jesse O'Hara is profane, introverted, and not frequently sober - and has just lost another job. "A million-dollar brain and a ten-cent personality," her last employer said. With nothing better to do, Jesse reluctantly accepts the gift of a luxury cruise around the Iberian Peninsula. She's not sure she can drink enough to keep her boredom at bay, but that's the least of her problems. From the very first moment of the cruise, it's clear to Jesse that something is very wrong. Aided by her near-photographic memory, Jesse investigates a series of strange incidents on the ship and uncovers what looks like a terrorist plot in the works. But with each new layer uncovered, her perception shifts and broadens-- and someone doesn't want her poking around. For Jesse, bruised and concussed is preferable to tan and relaxed, so she ignores the mounting danger even as she closes in on the villains, who have perfectly timed their grand finale...

Murder on the Spanish Seas is a riveting, whip-smart, and smart-aleck debut thriller that will keep you on your toes just as frequently as it keeps you in stitches. A perfect read for fans of Ruth Ware and Janet Evanovich.