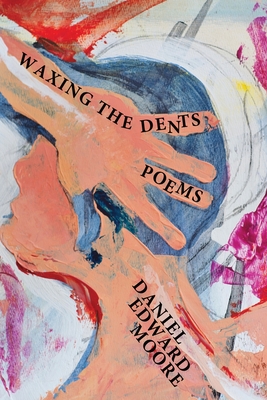 Daniel Edward Moore writes with the passion and internal conflict of a classic literary anti-hero, a difficult task for a collection of poems. He pulls it off with a style uniquely his, blending the romantic with the philosophical, the decadent with the metaphysical, as he searches for connections and balance between the sacred and profane. WAXING THE DENTS is less like reading a book and more like sitting in the audience for a performance of Beethoven's 9th. It begins with a handful of lovely romantic musings, then builds in intensity until it's raging furiously, shaking its lyrical fist at the sky. By the time I finished this book, I found myself trembling, perhaps a little exhausted. It's powerful writing from a skilled craftsman.

--Ace Boggess, author of THE PRISONERS and I HAVE LOST THE ART OF DREAMING IT SO

There is an eternal longing in these poems of Daniel Edward Moore. A series of gorgeously rendered, honest laments. Pleas for acceptance and forgiveness. Broken hearted songs that, through their breaking, magnify the beauty of the experiences that led to them. Moore's vision is one of authenticity. He never shies away from the contradictions inherent in the world . . . and the mirror, as can be seen in lines like "a canvas stretched on an easel of light, / then your brush, magnified darkly." The world is composed of both darkness and light, equally the effect of our interaction with it. Moore challenges us to see, perhaps even celebrate, this duality of our nature.

--John Sibley Williams, author of AS ONE FIRE CONSUMES ANOTHER

These are the poems of the dented body, the slippery fish of complex sexual desire. WAXING THE DENTS is the scale that weighs the speaker's passion for being intimate--with women and men. Moore's exceptional poems have the texture of the sacred, as in his poem "Arousal Rule"--"Your choice to / sleep naked is why / ghosts sharpen / pencils". With the perspective of a child carried on his father's shoulders, through vivid imagery and precise craft, Moore invites us to examine our own marks and imperfections--and to love them. Very few books leave the reader feeling seen and written upon. WAXING THE DENTS is such a book.