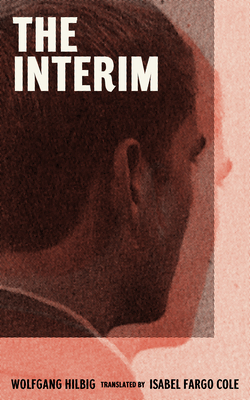 It's incredible what the Germans can do—disgust you, isolate you, toss you—the reader—to the curb and expect devotion in return. (Unfortunately, it works.) Wolfgang Hilbig's The Interim is the revered German writer's most complete and erudite of his works translated into English. Isabel Fargo Cole doesn't miss a beat of Hilbig's humor and disorientation. The Interim reads like literature crawling out of the drain; the novel's narrator, known only as C., is both loveable and inescapable in his singular history of two Germany's: East and West. As C. has it: "Literature that refused to serve the purpose of distraction was punished by being passed over on the market. . . the best distraction was what sold the best." The Interim is the opposite of such distraction; it also happens to be a damn good book.

“A transcendent reading experience about a German culture cleaved in two, and a man trying to find his way through the middle. A masterpiece of one of European literature’s finest authors.”
— Matt Keliher, SubText Books, St. Paul, MN

C. is a wretched grump, an anguished patron of bars, brothels, and train stations. He is also an acclaimed East German writer. Dogged by writer's block, remorse, and national guilt in the years before the fall of the Berlin Wall, he leaves the monochromatic existence of the GDR for the neon excess of the West. There at least the novelty of his origins grant him easy money and minor celebrity, if also a deflating sense of complacency. With his visa expired and several relationships hanging in the balance, C. travels back and forth, mentally and physically, between two Germanys, contemplating diverging visions of the world and what they mean for people like him: alienated and aimless witnesses to history.

This monumental novel from one of the greatest chroniclers of postwar Germany, masterfully translated by Isabel Fargo Cole, interrogates with bitter wit and singular brilliance the detritus of twentieth-century life: addiction, consumerism, God, pay-per-view pornography, selfishness, statelessness, and above all else, the writer's place in a "century of lies."