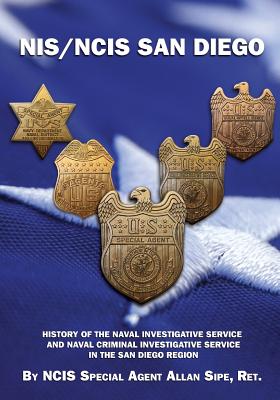 In early 1966, the U.S. Naval Investigative Service (NIS) was created from resources of the Office of Naval Intelligence (ONI). Chartered to investigate major crime, fraud, and counterintelligence matters in the Department of the Navy, the NIS grew in numbers and responsibilities and became a worldwide agency. In time, the NIS became the Naval Criminal Investigative Service (NCIS). This is the organization about which the popular television series, "NCIS", is based.

With substantial U.S. Navy and U.S. Marine Corps presence, the Southwest Region of the United States, herein called the San Diego Region, has been a center of ONI, NIS, and NCIS facilities, people and actions. To the writer's knowledge, the San Diego NIS/NCIS history has never been documented. NIS/NCIS San Diego history is filled with accounts of violent criminal acts, of sensitive and highly classified matters, of dynamic and fast-moving events, and of humorous incidents. They include a homicide at Camp Pendleton, a narcotics deal gone bad at North Island, providing security for a visiting U.S. President at Port Hueneme, "hummer" cases at Miramar, and many others. But the real story of NIS/NCIS history is its people.

And that is what this book is all about.