The Nightmare: A Sci-Fi Fantasy (Paperback) 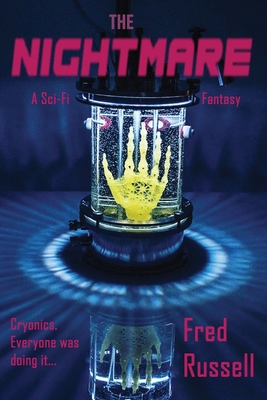 Cryonized with terminal cancer, Frank wakes up in the year 10,000, discovering a new world where human beings have been reduced to the form of digitized brains inhabiting cells in a Central Unit where they live what can only be called virtual lives. Reunited with his family during the orientation period but dissatisfied with the new order, Frank joins an insurrection under the direction of a superspy from another galaxy. The Orientation Center is captured, sleepers are awakened in the Mausoleum, and then a violent attack on the Central Unit commences, which will determine the future of the planet.

"...The characters are well drawn and elicit our sympathies, and the whole universe of the story is convincing...well written and intelligent...a great example of science fiction...my wholehearted recommendation"--Gold Dust, Issue 36, Winter 2019, p. 21

"Fred Russell has one of the most witty and fascinating minds writing in the genre today."--Ginger Mayerson, editor of Wapshott Press and Storylandia

"...Russell's prose is swift and business-like...An entertaining read but also a reality check."--Fleas on the Dog Literary Magazine