Witchcraft and Sorcery of the Balkans (Paperback) 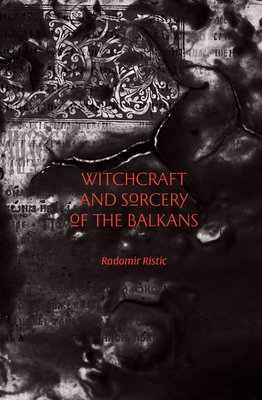 By Radomir Ristic
$18.50
Unavailable at this time.

With its geographic diversity of rocky edifices, deep river valleys and dense forests, Europe's Balkan mountain region has been characterized as a natural fortress. This natural multiformity is mirrored by an ancient admixture of magical beliefs and practices present in the region for thousands of years. Among the many specialist types of Balkan magic is 'Vesticarstvo', a sorcery drawing its power from Balkan folk belief, relict shamanism, and medieval heresy. This traditional magic, which has also been referred to as The Balkan Craft, is present today in many forms, and uses of thousands of charms, rites, and spells in the rural communities where it survives. A quintessential embodiment of this power is the zmajevit covek or 'dragon-man'. Part human, part serpent, he possessed supernatural heredity and the power to curse, cure, and traffic with supernatural beings. Often incorporating the ancient powers of the pre-Roman Gods, the Queen of the Fairies, elemental spirits, and the ancestral retinue, the vital corpus of Vesticarstvo lore is a little-explored area of occult study. Drawing from both historical sources and present survivals, the present volume examines its history, beliefs, and rituals, including a complete English translation of DE INTORKATURA, an age-old rite of magical combat, as well as several other Balkan witchcraft rituals never before translated into English.--Publisher.