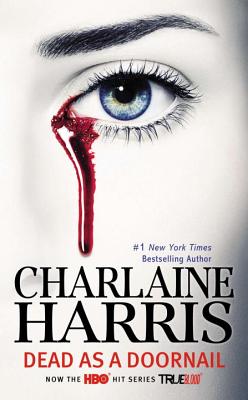 By Charlaine Harris
$7.99
Hard to Find

This is book number 5 in the Sookie Stackhouse Novels series.

When small-town cocktail waitress Sookie Stackhouse sees her brother Jason's eyes start to change, she knows he's about to turn into a were-panther for the first time. But her concern becomes cold fear when a sniper sets his deadly sights on the local changeling population, and Jason's new panther brethren suspect he may be the shooter. Now, Sookie has until the next full moon to find out who's behind the attacks--unless the killer decides to find her first...

Charlaine Harris, who has been writing mysteries for close to thirty years, is a native of Mississippi. Born and raised in the Delta, she began training for her career as soon as she could hold a pencil. Though her early works consisted largely of poems about ghosts and (later) teenage angst, she began writing plays when she attended Rhodes College in Memphis, and graduated to books a few years later.After publishing two stand-alone mysteries, Harris decided to establish a series. She began the lighthearted Aurora Teagarden books with Real Murders, which garnered an Agatha nomination. Harris's protagonist, a diminutive Georgia librarian whose life never turns out quite the way she planned, kept Harris busy for several books, but finally Harris (and Aurora) grew restless. The result of this restlessness was the much edgier Shakespeare series--set not in England, but in rural Arkansas. The heroine of the Shakespeare books is Lily Bard, a tough and taciturn woman whose life has been permanently reshaped by a terrible crime and its consequences. In Shakespeare's Landlord, the first in the series, Lily is caught at a moment when the shell she's built around herself is just beginning to crack, and the books capture Lily's emotional re-entry into the world, while also being sound mysteries. Harris's followed that up with a series about a telepathic barmaid in southern Louisiana. The first book in the series, Dead Until Dark, won the Anthony for best paperback mystery of 2001. Each book about Sookie Stackhouse (and her dealings with vampires and werewolves and other creatures of the night) gathered more readers to enjoy the books' unique blend of mystery, humor, romance, and the supernatural. The Sookie novels are now a #1 New York Times bestselling publishing phenomena, and the basis for HBO's groundbreaking series TRUE BLOOD. Harris has also written the four-book Harper Connelly mystery series, which began with Grave Sight, about a young woman who, after being struck by lightening, finds she has the ability to locate dead bodies. They were also New York Times bestsellers. Harris is married and the mother of three adult children. She and her husband live in Central Texas.

“I love the imaginative, creative world of Charlaine Harris. Everyone should read Dead as a Doornail.”—Christine Feehan