Dance of the Banished (Paperback) 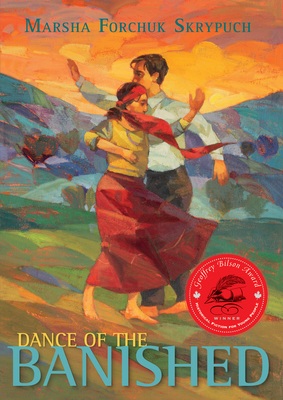 By Marsha Forchuk Skrypuch
$15.95
Unavailable at this time.

Ali and his fianc e Zeynep dream about leaving their home in Anatolia and building a new life together in Canada. But their homeland is controlled by the Turkish government, which is on the brink of war with Britain and Russia. And although Ali finds passage to Canada to work, he is forced to leave Zeynep behind until he can earn enough to bring her out to join him.

When the First World War breaks out and Canada joins Britain, Ali is declared an enemy alien. Unable to convince his captors that he is a refugee from an oppressive regime, he is thrown in an internment camp where he must count himself lucky to have a roof over his head and food to eat.

Meanwhile, Zeynep is a horrified witness to the suffering of her Christian Armenian neighbours under the Young Turk revolutionary forces. Caught in a country that is destroying its own people, she is determined to save a precious few. But if her plan succeeds, will Zeynep still find a way to cross the ocean to search out Ali? And if she does, will he still be waiting for her?