Out of the Line of Fire (Paperback) 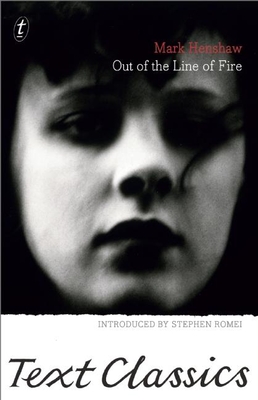 This brilliant work of metafiction has everything! Unreliable narrators, exotic world locations, sex, drugs, murder, family secrets, and a bunch of philosophy!?! Fans of Italo Calvino will love this book (just read the first two pages to get hooked). This hidden Australian classic was an absolutely great reading experience for me and I look to reread this someday.

A remarkable and brainy work of metafiction.--Kirkus (starred review)

Experimental, extraordinary. . . . One of my favorite Australian novels.--Australian

Mark Henshaw has lived in France, Germany, Yugoslavia and the United States. He currently lives in Canberra. OUT OF THE LINE OF FIRE won the FAW Barbara Ramsden Award and the NBC New Writers Award on first publication in 1988. It was also shortlisted for the Miles Franklin Literary Award and the Age Book of the Year Award. It was one of the biggest selling Australian literary novels of the decade, and is being republished in the Text Classics series.In 1989 Mark was awarded a Commonwealth Literary Fellowship, and in 1994 he won the ACT Literary Award. Under the pseudonym J. M. Calder, in collaboration with John Clanchy, he has written two crime novels, If God Sleeps (1996) and And Hope to Die (2007). His work has been widely translated. For many years he was a Curator of International Art at the National Gallery of Australia. He recently returned to writing fiction full-time. His most recent book is THE SNOW KIMONO. Stephen Romei is a journalist, writer and critic. He is literary editor of The Australian newspaper, and former editor of the Australian Literary Review.